Well, as the subject says, this post is overdue!! Bigtime...as of my last post my thoughts had turned to prepping for running a game at this years Cangames...as of the 30 hours of online training crammed into 10-ish hours over the past 2 days, my thoughts are turning more to: oh God, please let me get back to my painting table!!

The past 6 weeks have been a little more of a kick up to high gear than what I was forecasting at the beginning of the year.  Way back then, I was looking for any reason to be distracted and partake in the hobby...here we are now, and to be honest my GAF factor has increased, a few opportunities have been thrown my way, and I know I will reach even keel with commitments in the future...it's just the time it takes to get there.

Nonetheless, I have been turning to the painting table...albeit at a much less pace than I was hoping for.  Now the good news out of this is that I have continued to push ahead with my 4 CMBG force and have started painting up the horde of 15mm Battlefront M113s that I foresee requiring for my force...I have no Battlefront or Team Yankee guidance to go by, but I think I've got a good grip on the actual TO&E that my rifle company would have had.

To start, I put together a rifle platoon of carriers, a section of TOW carriers, and the old man's track...these came up pretty good and for the most part I am waiting on the finishing touches until BF comes out with the infantry.  I'm using crew from the M113 Vietnam boxes, the Leopard 1 box, and some from the British Sherman box...for the most part these all mix well...such was the clothing reality for Johnny Canuck in 1985.  What I have yet to include are crew members for the TOW, and dynamic looking passengers for the infantry carriers...once I have a look at BF's releases, I'll then decide between those or Armies Army.

I hope you enjoy all the pics.  Thanks for the views and, as always, constructive comments, advice, and critiques are welcome.


The first platoon of the first company of Canadian infantry in 4CMBG...depending on the timeframe, that is either the Royal Canadian Regiment (RCR) or Princess Patricia's Canadian Light Infantry (PPCLI) and of course the Van Doos. There are a lot of great reference pics you can see via google...﻿ 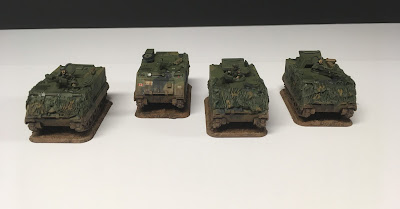 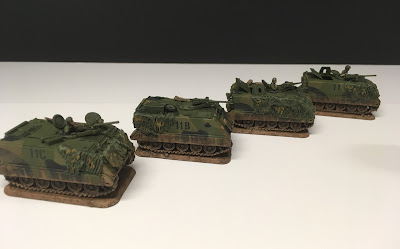 Close up of the platoon commanders track...once I decide which company to purchase my Canadian infantry from, I plan on having the Plt Cmdr in the hatch complete with map and FN 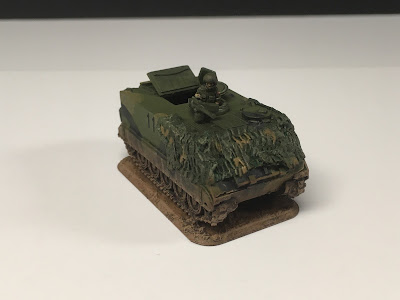 One thing I have done is take a few liberties on extra kit and vehicle modifications...for the most part, external tanks didn't hit the Brigade until late 1980's...and the ACAV gun shields weren't used until the Canadian UN mission in Former Yugoslavia (UNPROFOR)...they were quickly added to the tracks because of snipers during the Sarajevo siege.  My logic is that if there had been a CWGH, then the Brigade EME's would have built these up for the grunts...in true Canadian fashion, I have intentionally limited the number of these per platoon, as there is never ever enough extras/spares to go around... 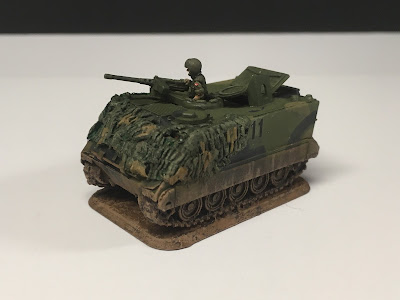 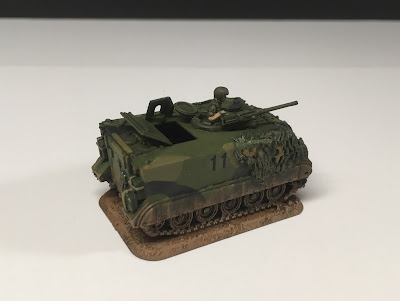 With all cam nets out, 11A has gone dark and is not showing any numbers...although they were lucky enough to get an ACAV gunshield... 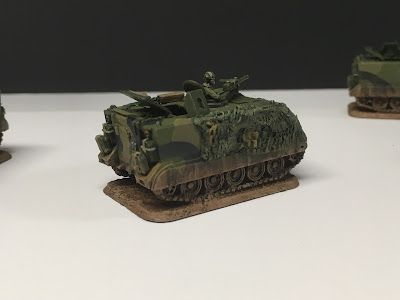 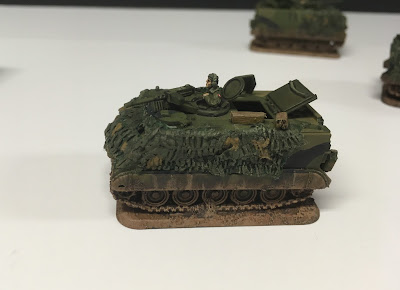 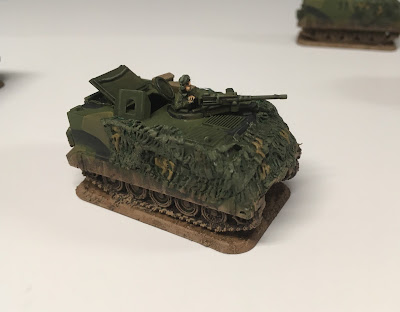 Track 11B...buttoned up waiting for the action... 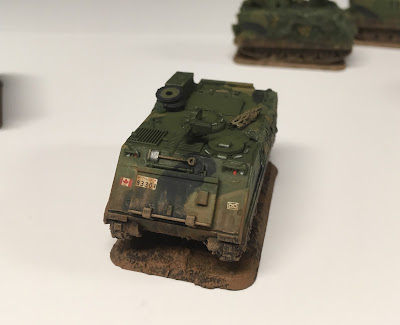 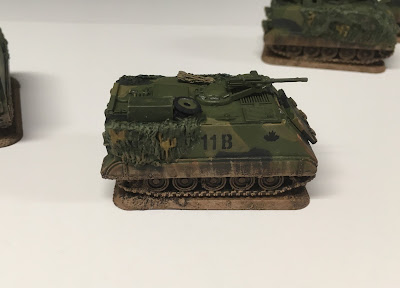 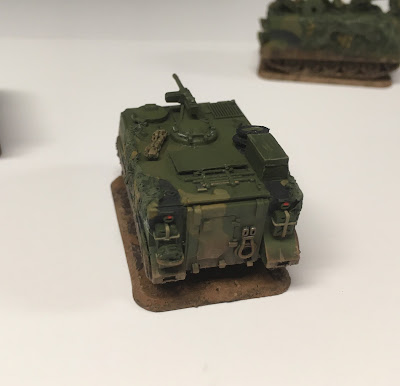 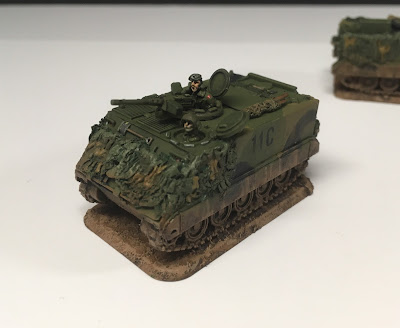 An element of the Armoured Defence platoon...2 x M113 TOW carriers...I snagged these TOW from the Marine Hummers that just came out...again, I'm waiting to see what the gunner options are from the various companies before I commit to a model...

You might notice on track 55C, the .50 cal looks to be laying on the top of the hull...I've modelled the TOW carriers to show that they had a different hmg mount so that the 50 wouldn't interfere with the TOW shot...you could have the HMG in a normal position and when you went to launch missiles you could lower it so it wouldn't obstruct the launch. 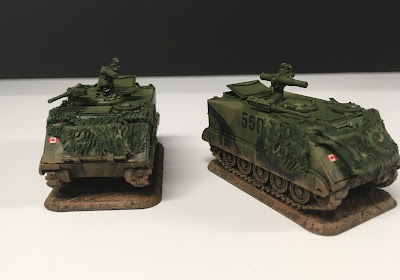 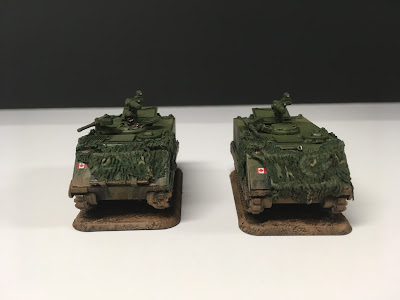 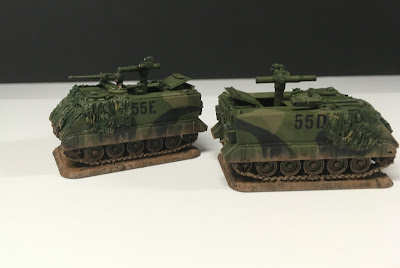