It's been a couple of days since my last post...never underestimate the ability for your day job to get in the way of what's really important.  However, I've been able to steal some moments to work on some of the pile and to get the initial framework for this year's plan.

1. finish the basing backlog to complete various minis...I know this part doesn't take me that long but still is difficult for me to bite into (mind over matter sort of thing);
2. finish the pile of lead in the WIP pile.  Given the right motivation/timing it shouldn't take to long, it is a combination of bunkers (4), infantry, and some vehicles;
3. begin work on a small IDF force (mainly armour) and Syrian tank force for "Fate of Nations"; and
4. consolidate collections/holdings of incomplete and some still in box sets.  Do they still fit the overall plan/picture.

To tide folks over until the production line is brought up to speed I'll offer a few more pics that I've been able to take.  Enjoy and take care.

WW2 commandos/airborne troops that I finished in the fall of last year, not sure the manufacture.  First time painting denison smock...I liked the results. 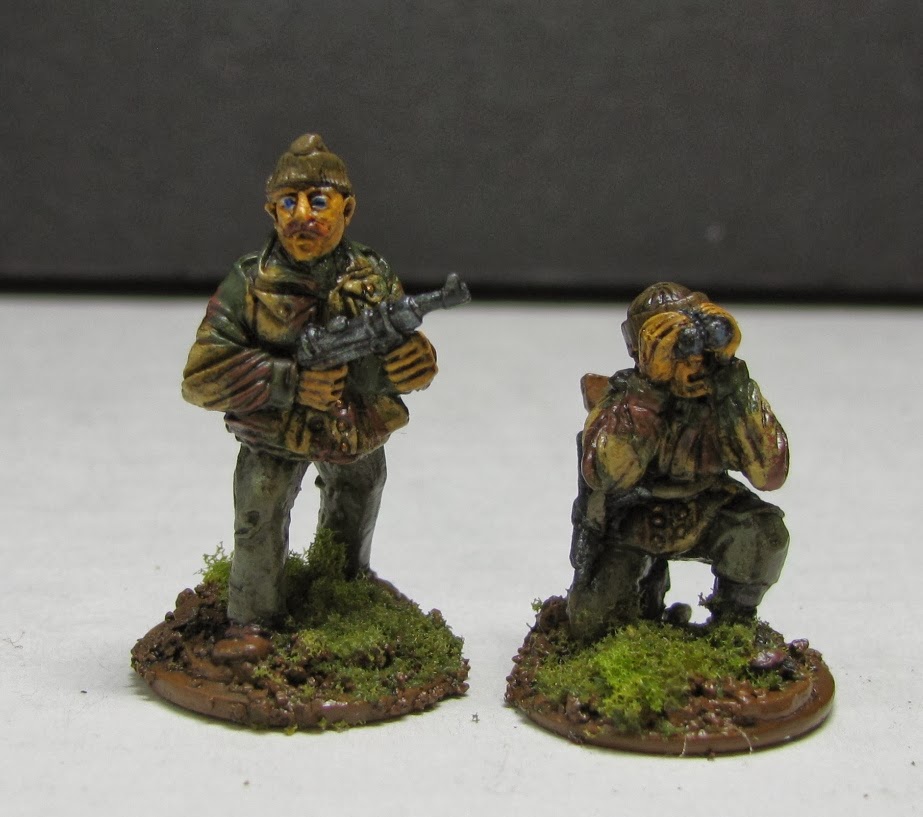 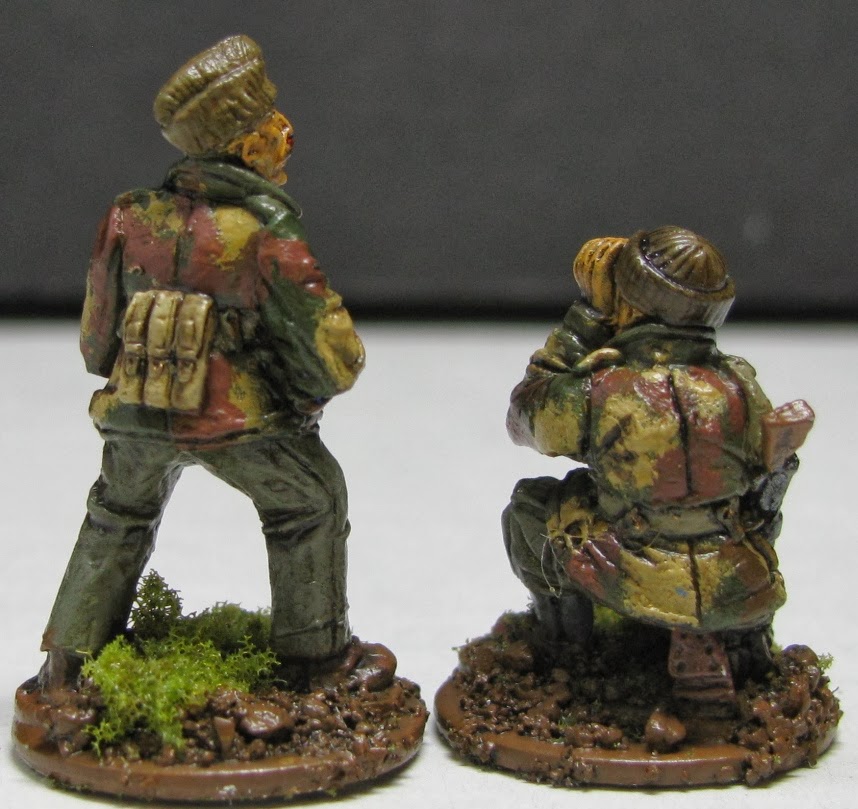 Vietnam is a definite period of interest for me...about 18 months ago I started to collect various makes of M113s to see the difference and do a physical comparison for quality, paintibility, and cost.  The two infanteers and Viet Cong spider pits are from Flashpoint miniatures  done as a sample to test basing colors...the ACAV M113 on the left is also from Flashpoint and is a little larger than BFs and noticably larger than Old Glorys'.  The ACAV on the right is from Peter Pig, it matches very well with BF and OG...the turret is brilliant - nice fit and does not fall off! 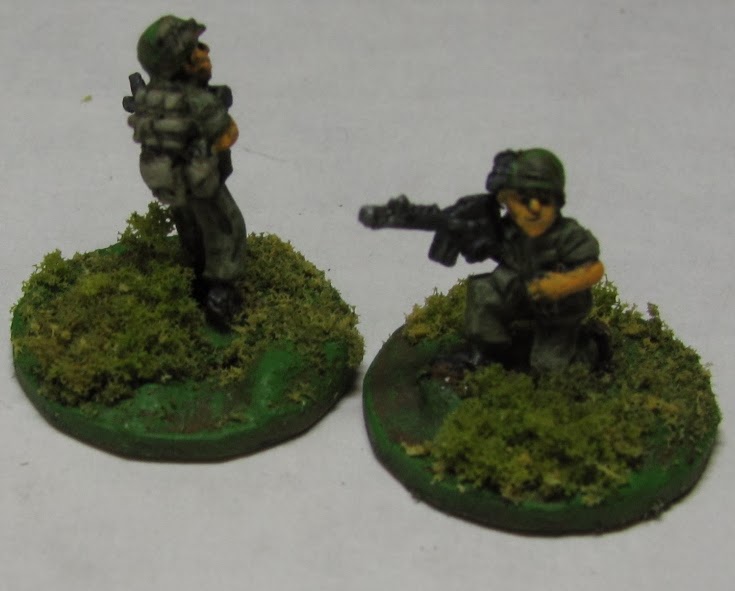 Two QRF M113 ITVs done up as Cold War US Army in Europe...my future plans for those will be as combat AT attachment to 4CMBG...but that is another project, lol. 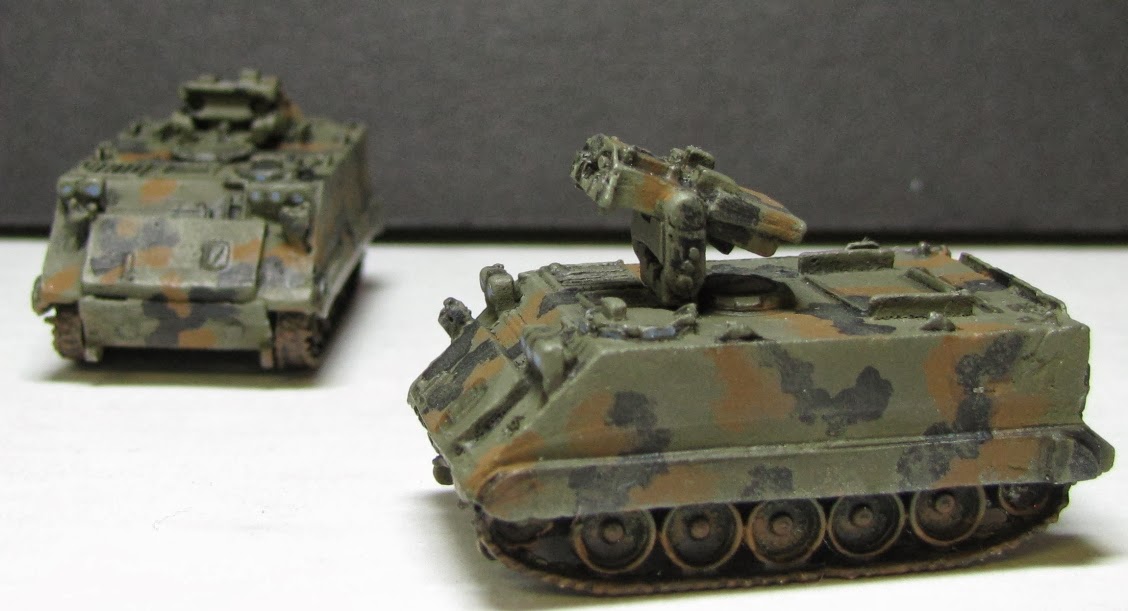 If I recall correctly this figure is from TAG...I think guerrillas or rebels blister...I liked the mix of Kiwi inspired camo smock along with Soviet/Russian camo pants. 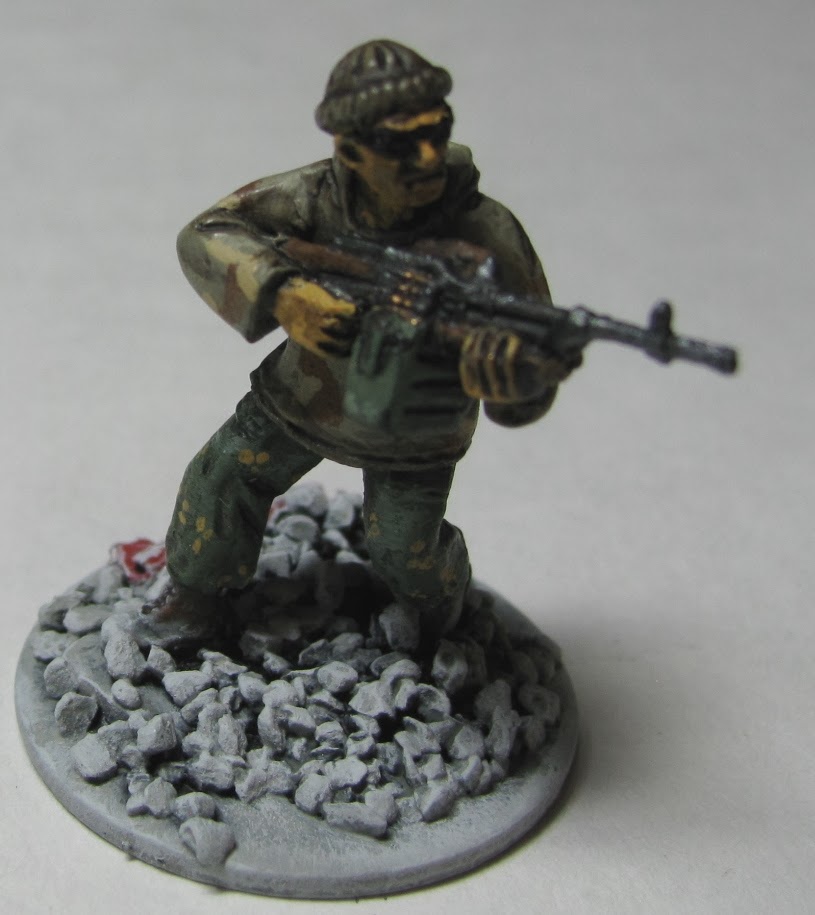 Slowly making my way through pictures and miniatures and thought I'd take the time to post some more of what I've done over the past year or so.  I still consider myself a rank novice in the hobby and have found that over the past two years I've moved away from my 'traditional' WW2 only type painting.

Like any novice I'm still learning everyday and challenging myself with painting schemes and miniature choices.

Feel free to take a look and enjoy.

My first foray into modern heavy metal, a Peter Pig 15mm T-55 painted up as Rhodesian armour.  I was inspired after I saw a diorama and then some actual pics from the field. 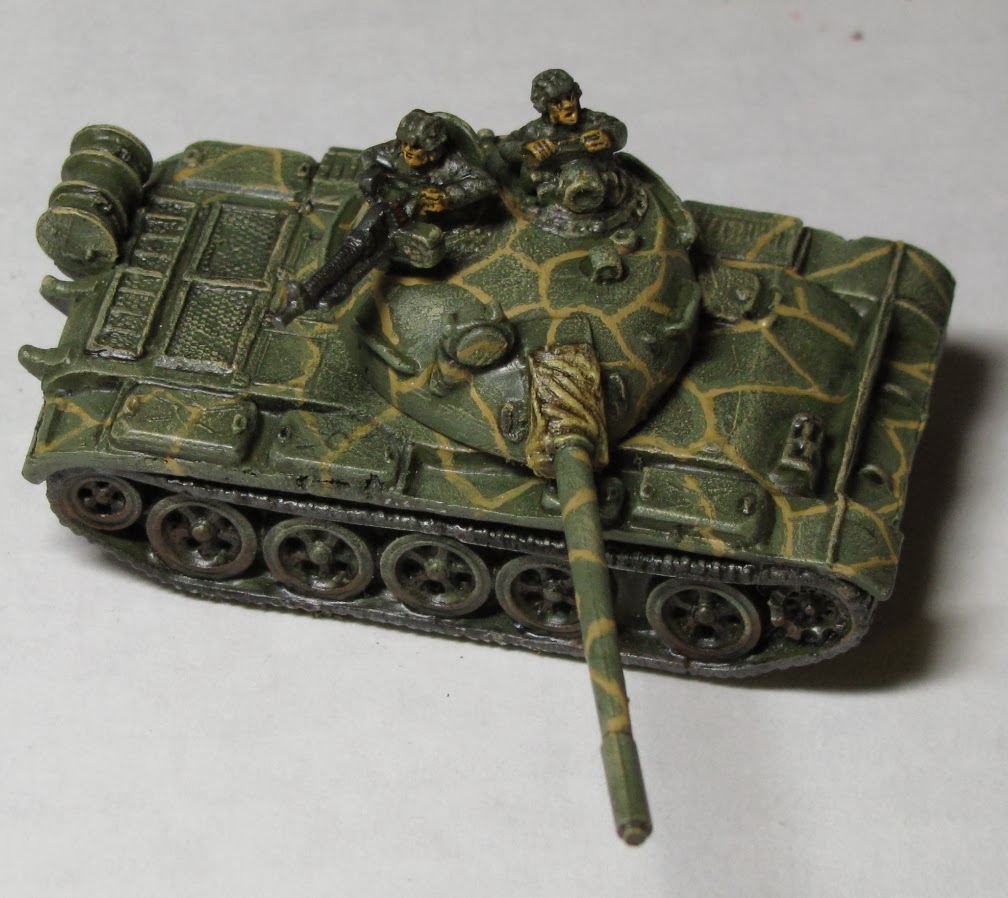 I saw these 15mm reporters under a sci-fi/near future post from Oddzial Osmy...a little smaller than your standard BF or PP fig, but very nice sculpts. 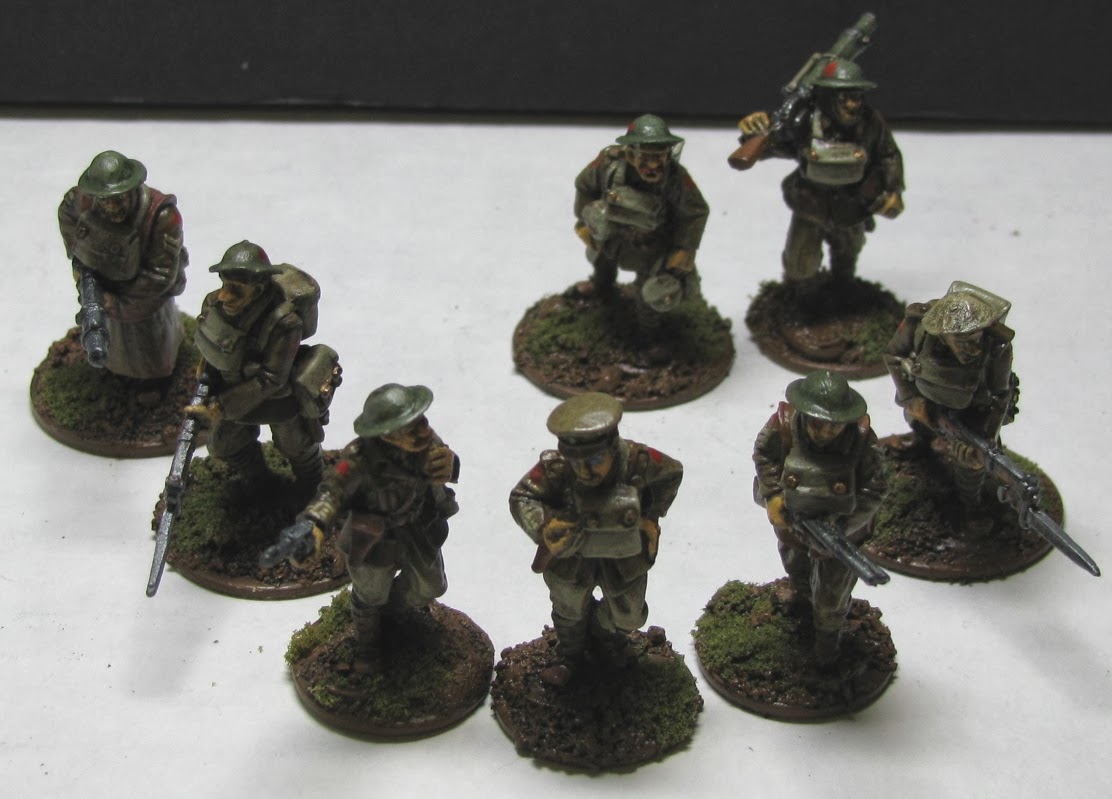 One of my all time favorite show's growing up and greatly enjoyed the re-imagining.  The Beast from Bergstrom Studios...nice looking figs and great customer service.  Did this one up about 3-4 years ago...maybe longer, but thought I'd post it all the same. 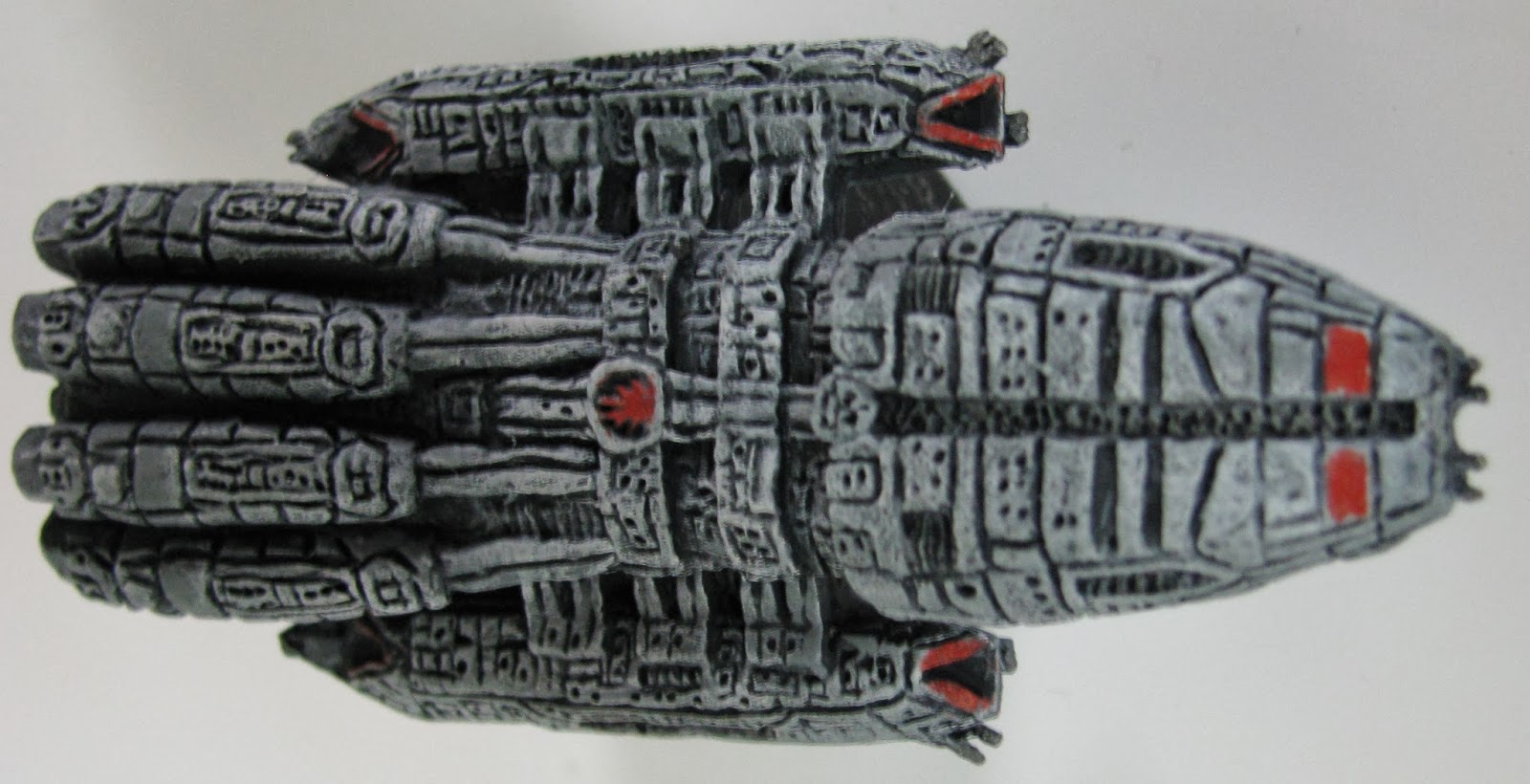 Picked these folks up during a road trip...I like the looks of them.  They were one of the first Artizan packs I picked up and I like the look of the Kiss Kiss Bang Bang. 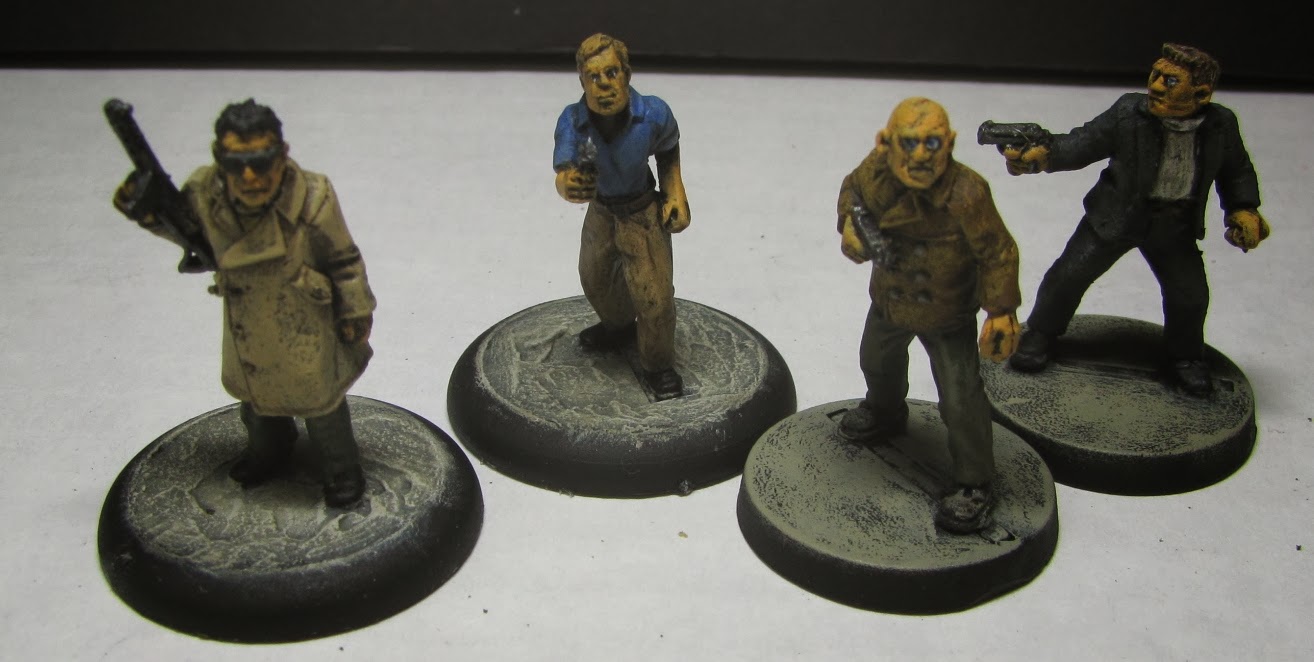 Today I thought I'd get a look at some of the figs and vehicles that I've painted throughout the past year in an effort to gear me up for the challenge ahead: reduce the WIP pile on my workbench!!

My main era's of interest range from near-future to modern to World Wars and back to old west...As you can see I'm limiting the pics while I learn the fine art of miniature picture taking...the lighting was not on my side today.  However, I hope you can enjoy some of the pics anyway.


Battlefront (15mm) sherman boxes done up as Canadian Armored.  I have intentionally left the div markings off because my OCD couldn't choose between the div's and brigades...

A mix of 28mm Artizan and Blue Moon (I think) old west figures... 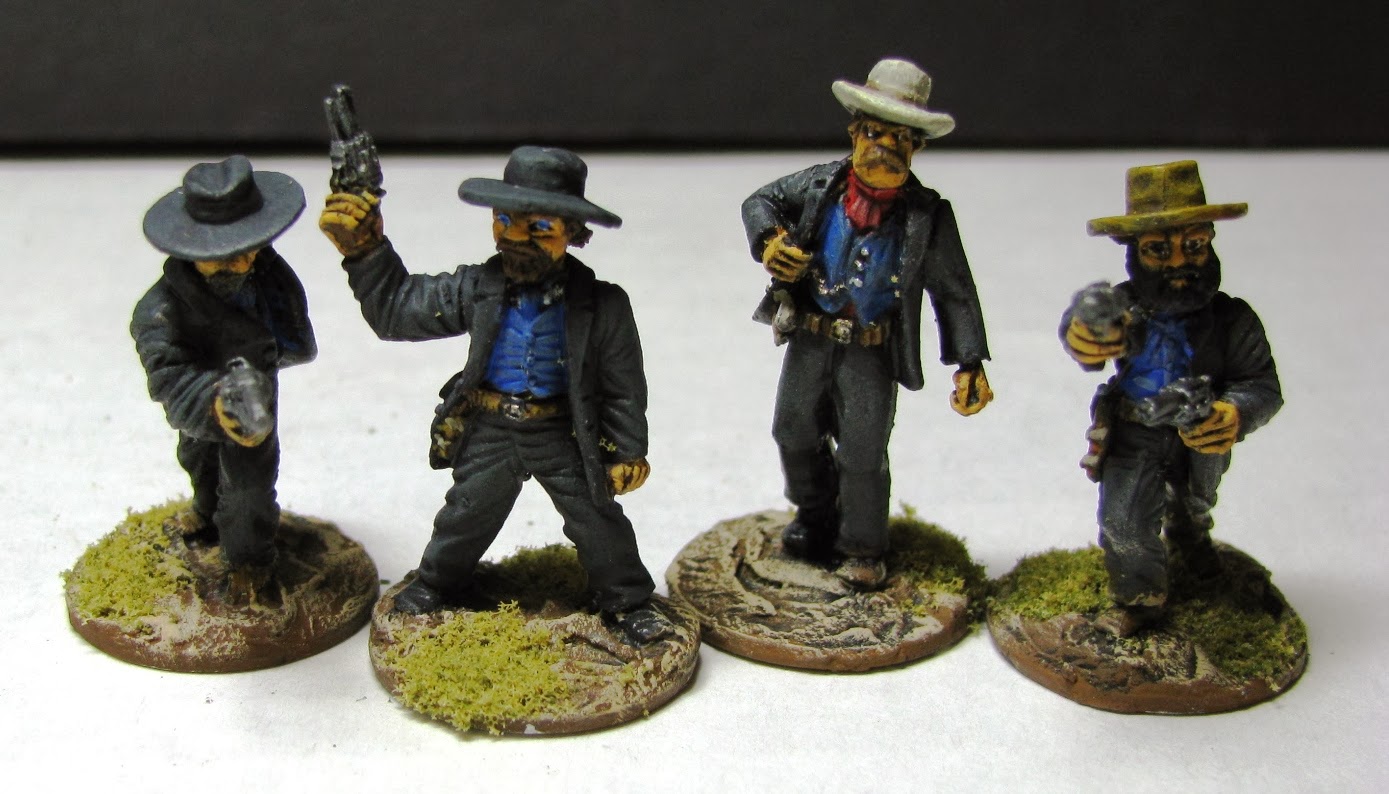 28mm figs from two different packs of Copplestone...back of beyond Adventurer (ala The Mummy Brendan Fraser) and RCW command/character figs... 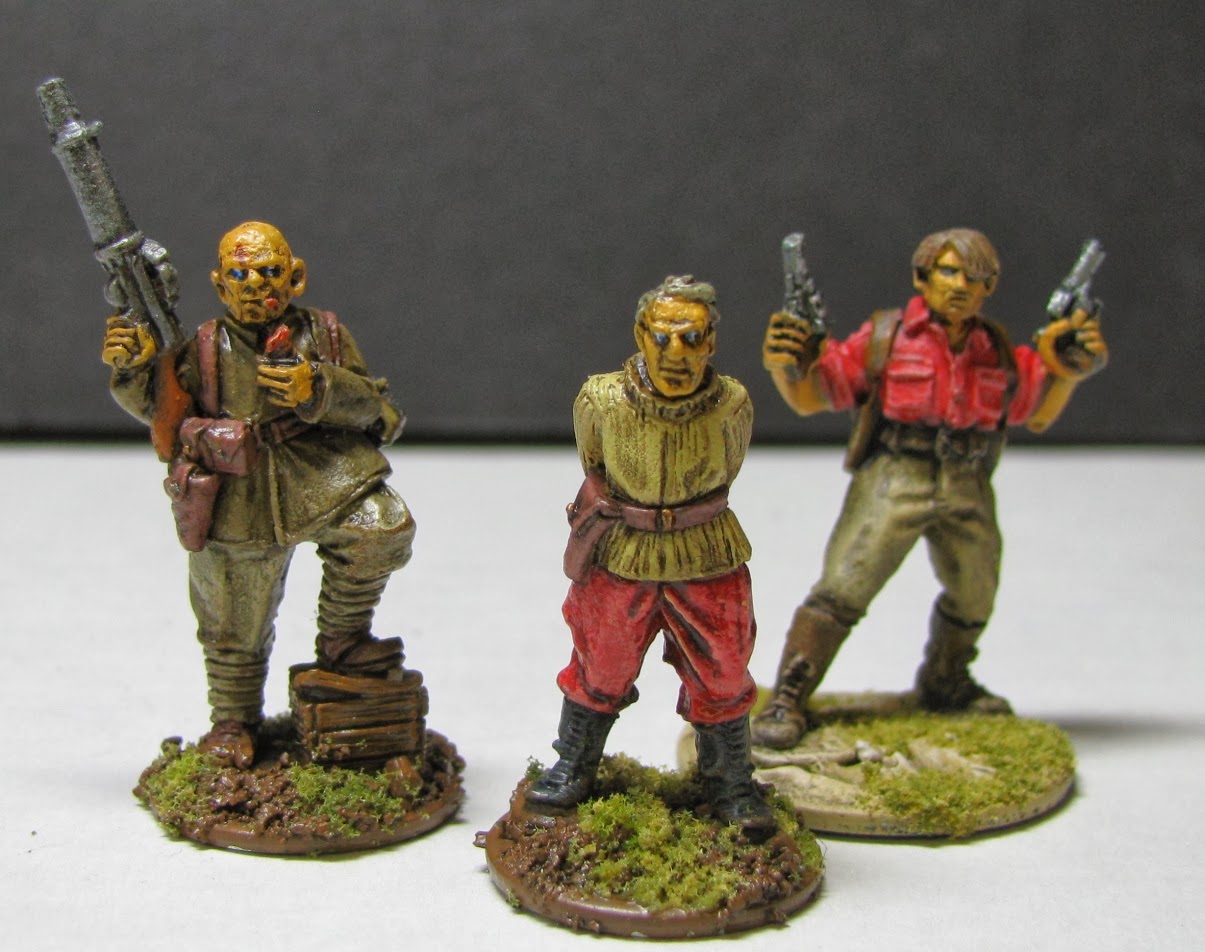 And lastly another samply of Battlefront with their M113 box set from the initial release...

As the title says, happy New Year.  In the spirit of the day and the start of a new year, I have recently made the resolution to get through more, much much more of the pile of metal on my workbench...yup, I'm sure many of us have made this pledge, but I guess that puts me in fairly good company.

To help reach that resolution, I have decided to try logging my progress and to track just how much am I getting through.  So, I'll have some work cut out for me shortly as I try to capture what I've accomplished in the last couple of years and take quick stock of what comprises my WIP pile.

And yes, in the interst of stating the obvious, not only am I a nerd, but I'm also a fan of Conrad's "Heart of Darkness"...