Another day, another evening of a mixed bag of weather...tonight it is snow with freezing rain and drizzle...apparently overnight; so it should be rather interesting in the morning.  As I said after Solo and the Fett Man, I wanted to post up some pics from the last few games that I had last year...now, for the most part, I cannot remember the exact game details, BUT the games themselves were still very entertaining and were an opportunity to get the figures on the table.

To kick these posts off, I have a Team Yankee summertime firefight involving NATO (Can-US force) and Warsaw Pact (I believe mostly East German).  The points were roughly 100-150-ish per side (heavy on the ish).  For me, this was a chance to get some 4 Brigade troops on the table, in this case a command Leopard C1 (in panthers clothing, 2 platoon of 3 x C1's, and a half battery of M109s (while still in their primed suits, they do have the proper long barrels).  If I recall, Mike fielded a Marine force of hummers...and stuff, oh and some really critical cobras.

Duncan was the bad guy...he had a bunch of East bloc kit...tanks, bmps, oh my...a bunch of stuff to get in the way...can't remember the exact make up...I'm sure he had some AAA in there as well.

Anyway, I think the scenario was a reserve type engagement with NATO attacking and East Germans having stuff in reserve until turn 3...standard FoW fare.  While the west was pumped, they sadly did not have the metal behind them to put a big dent in the WP force...I'm happy I got the models out, but some better rolling on my part...and some much more worse rolling on Duncan's really would have helped the situation.

Anyway, the table looked good, the models were fine, and the afternoon was very entertaining. 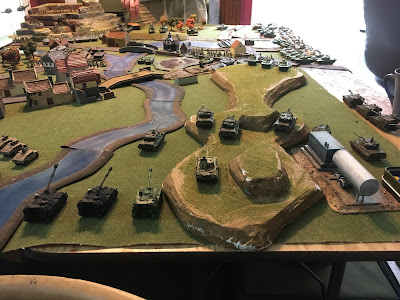 Initial setup - right flank...guns on the edge, C1's leading.  Enemy troop carriers at the opposite crest of the ridge 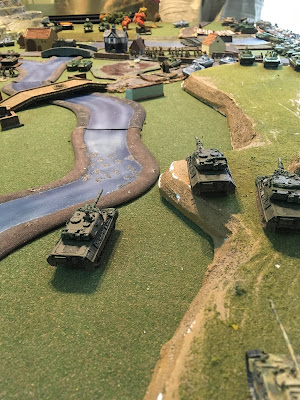 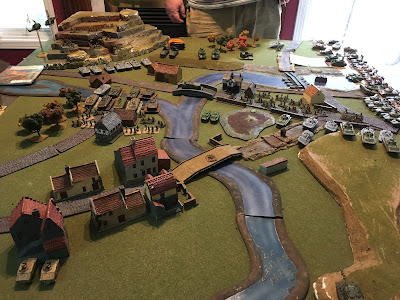 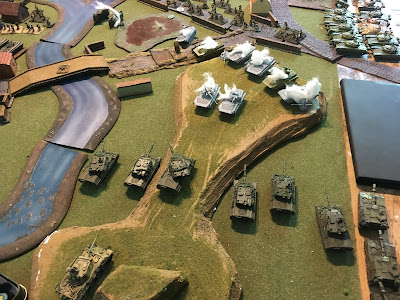 Steady advance on the right...I totally forgot to take pics of the left... 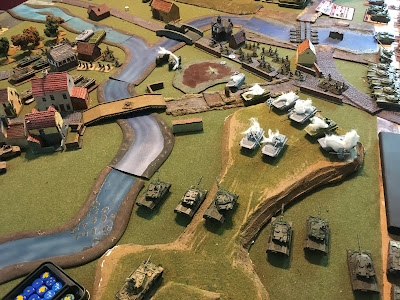 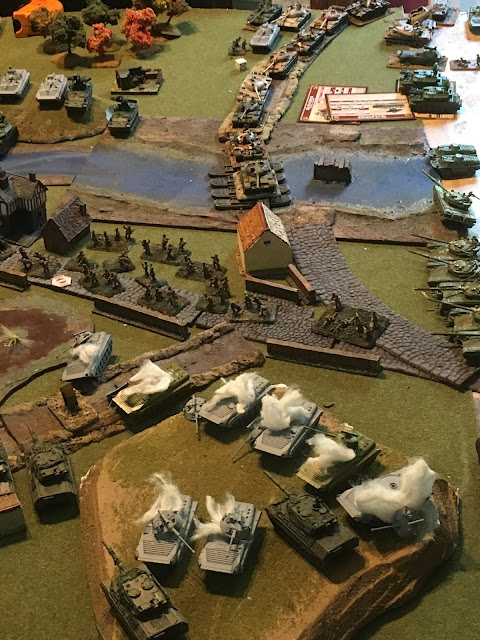 a boatload of hurt coming across the pontoon bridge...commies everywhere... 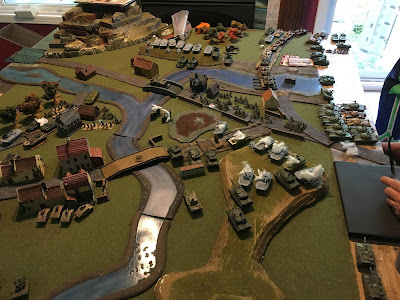 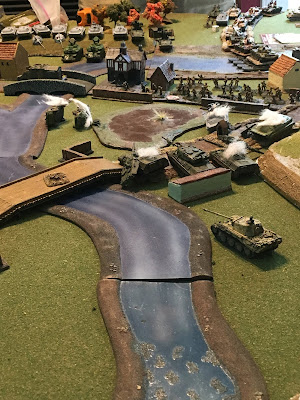 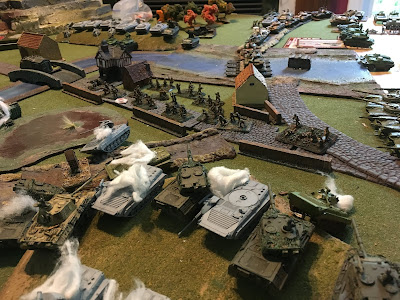 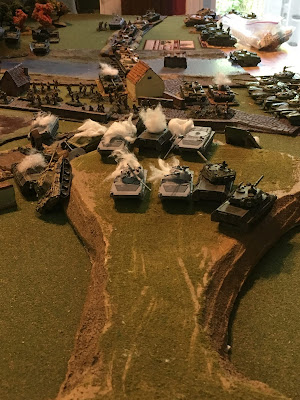 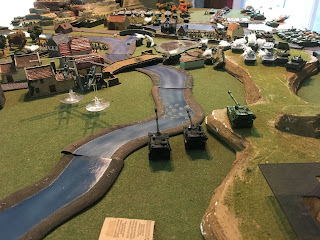 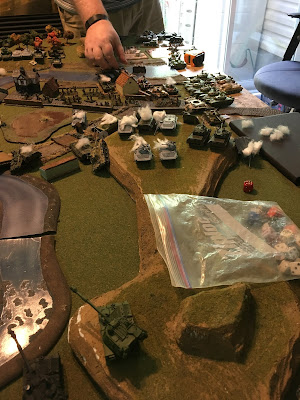 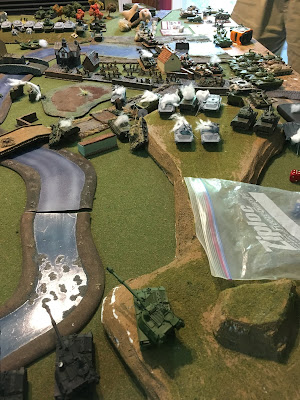 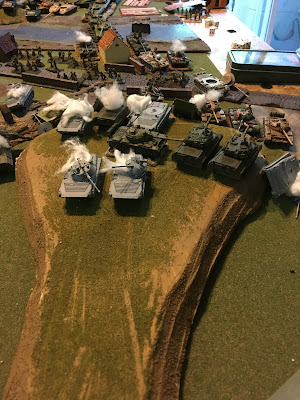 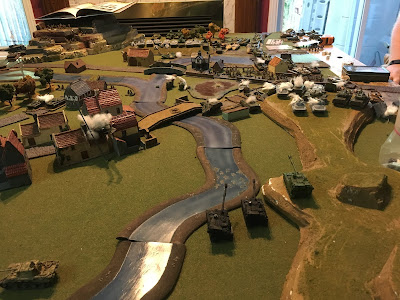 Solo and the Fett Man...

Hopefully the new year has not been hitting you too hard...the weather certainly has been a mixed bag of rain, snow, freezing rain, snow pellets, and some really cool temperatures for some folks that are not entirely accustomed to it.  Currently, we're sitting in a somewhat typical winter with -10 to -25C with very cool windchill and I understand that some of our southern neighbors are really getting an Arctic boot to the crotch...

If you are one of the ones getting it in the pills from the cold blast, hopefully this post can help you think of warmer climates.

Before the end of last year, I was able to finish up two operators/commanders for Star Wars Legion...like a bad 80's buddy crime-drama, Solo and the Fett Man were in my final batch of 2018 painting.  For both of these warriors, I based them in the same theme as my previous sections...ala Tatt or some similarly arid deserty place... 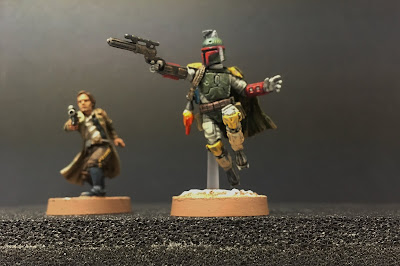 Of the two figures, my favourite of the two has to be the Fett Man...it is a fairly dynamic pose in mid flight with his jetpack firing.  With all of this great detail, it was a little daunting to get the colours correct.  Thanks to the google-net there are a bunch of images and inspiring pics to take a look at; the main challenge again will be to find a suitable colour/style that you like and go with that.  Also, thank to my main man Sorastro (https://sorastro.com/) I was able to double check and compare my work with his... 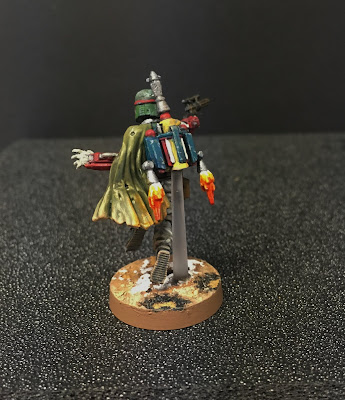 Now, giving proper credit...I would not have had the idea of doing any sort of glow or colour change on Boba Fett's cape from the flames of the jetpack if I hadn't watched it on Sorastro's video.  I really like how it came out in the end. 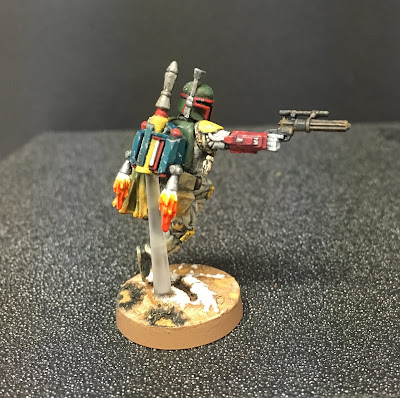 In line with the quick punch and heat from the jetpack, I elected to have some scorch marks and blast points on the base. 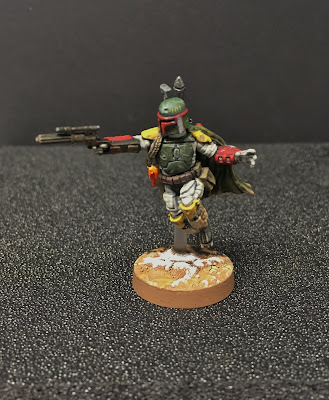 Looking at many of the pics online, there are a bunch of colour transitions on the armour with subtle changes between the chest piece and helmet. 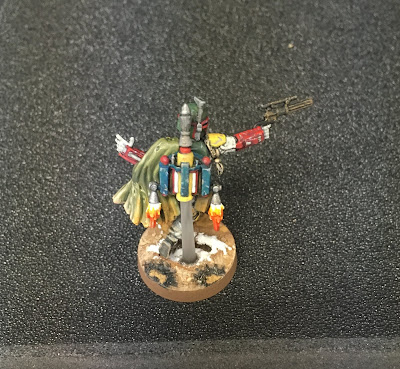 The pack colour was really neat and a challenge as I had to mix some existing colours to get what I wanted...I'm very happy with the results. 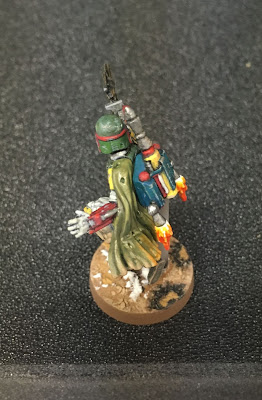 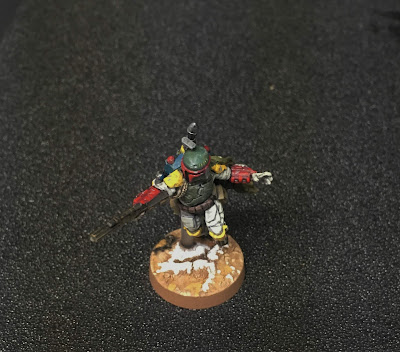 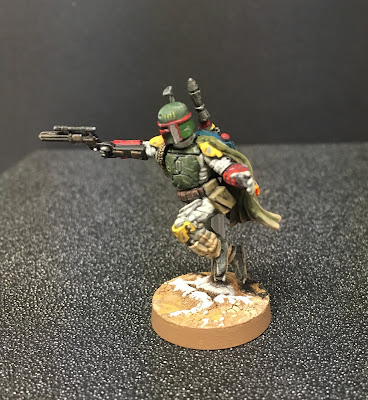 As we are in an arid, desert like climate, I also wanted to have some weathering and 'dust' showing on the lower portion of his legs... 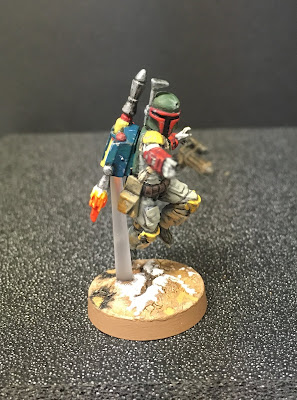 While not as dynamic in my opinion, the Han Solo figure does a pretty good job portraying the character in a classic pose.  Although the pose is really representative from Return of the Jedi, I elected to base in the same theme as my overall force. 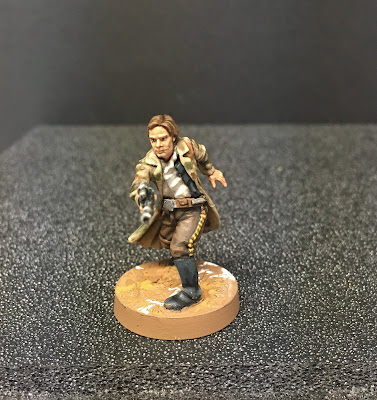 Unfortunately for these shots I was having some really challenging lighting issues... 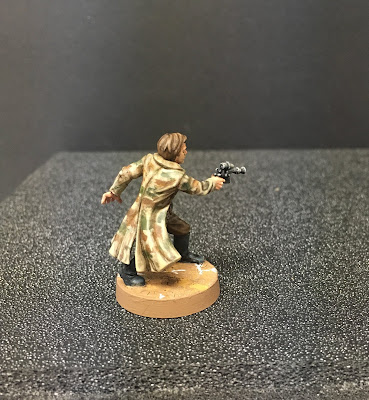 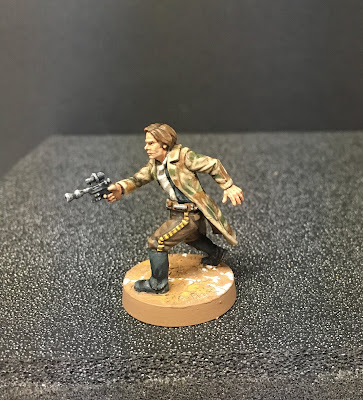 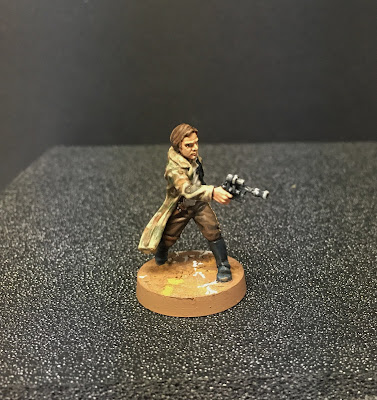 As you can tell from my lack of comments, this figure was very straight forward to paint up. All that's left is to get his trusty sidekick I guess...
WHATS NEXT
1. for my next post, I will put up a mixed collection of game shots from the past 3 or 4 times out, but was unable to get posted at the time...and now, can't really remember a damn thing.﻿
2. some pics of the first painted figs of the year, completed in January.
Take care folks.
﻿
﻿
Posted by Stan M. at 13:34 2 comments: