It's good to see you all...yes, previous reports of my being alive were not over exaggerated.  I am still here and to show you how I painted my summer, I thought I would share a bunch of pics of some of the figures that I finally cleared off of my workbench.

The Shadow came up very quickly...I think it only took a few hours over a couple of nights...and that was more to let the inks dry...the scheme itself was fairly simple, which certainly lets projects progress quickly.  I must say I am very happy with how the figure turned out in the end. 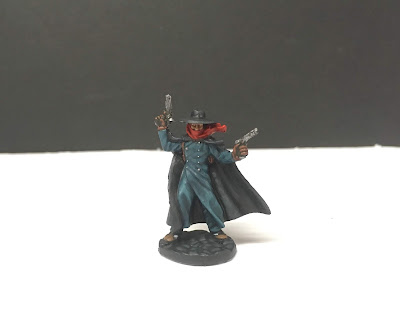 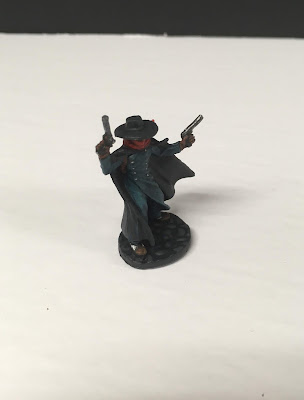 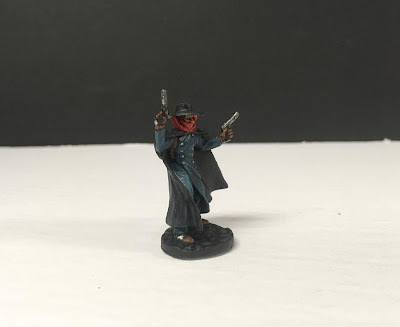 These sci-fi grunts were an interesting challenge...more so in what scheme to use.  Afterall, I had been painting a lot of Stormtroopers, so there was no motivation for me to paint them white...ugh.  Instead, I got a BSG collectable from my wife that she had found in the local comic book shoppe...it was one of those buy the item, open the bag, see what you get.  In this case, I got Chief Tyrol

...and looking at the collectable and the figures, I decided to paint these troops up as if they were deck hands who had been given some random armour and told to be part of the security force (ala BSF for those that know the acronym).

I think the concept worked well, I'm happy with the colours...it took some mixing on my part to get the right look and shade that I was aiming for...so yeah, another happy venture. 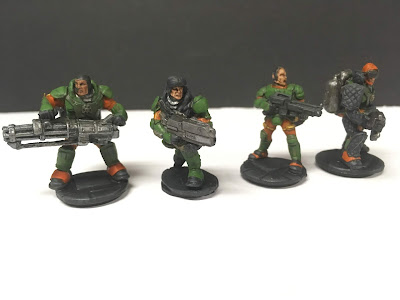 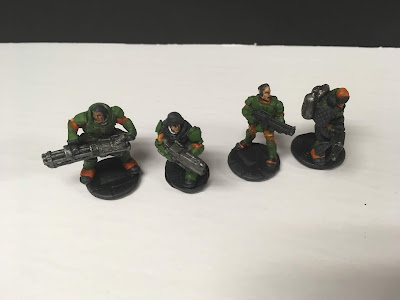 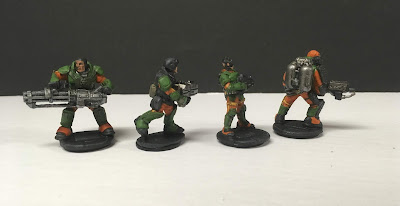 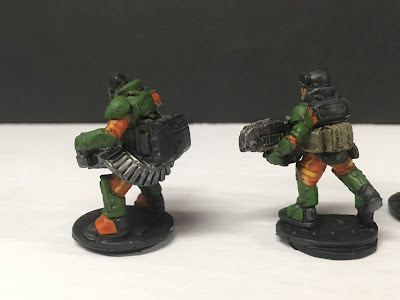 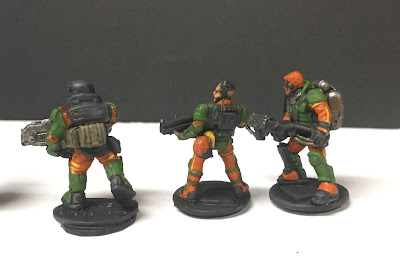 Thanks as always for the looking...I hope you enjoy!