For me, some of the best parts of this hobby centre around the research that goes into deciding what kind of force to select for a given era.  In the case of sci-fi, the 'research' phase gives way to, what back story can I create that helps make the character of the force.  For historical based forces, what era am I interested in...which belligerent...do I want to focus on a particular vehicle or equipment type.  I do try to put a lot of deliberate thought and effort in the decision process.

When it comes to the battlefield, a lot of what helps prop up the character of the force or scenario or overall appearance of the table comes from the window dressing items that can be brought to the table.  With this in mind, I thought I'd showcase some of the items I've recently worked on.  I've got a few pics for various era's.

Thanks as always for the views...take care.

In the future...there will be war...for Tomorrow's War and a force centered around disgruntled miners turned insurgents.  They will still need transport...some Battlefront vehicles, press ganged and painted up as the Novo-Tajik Mining Consortium...﻿ 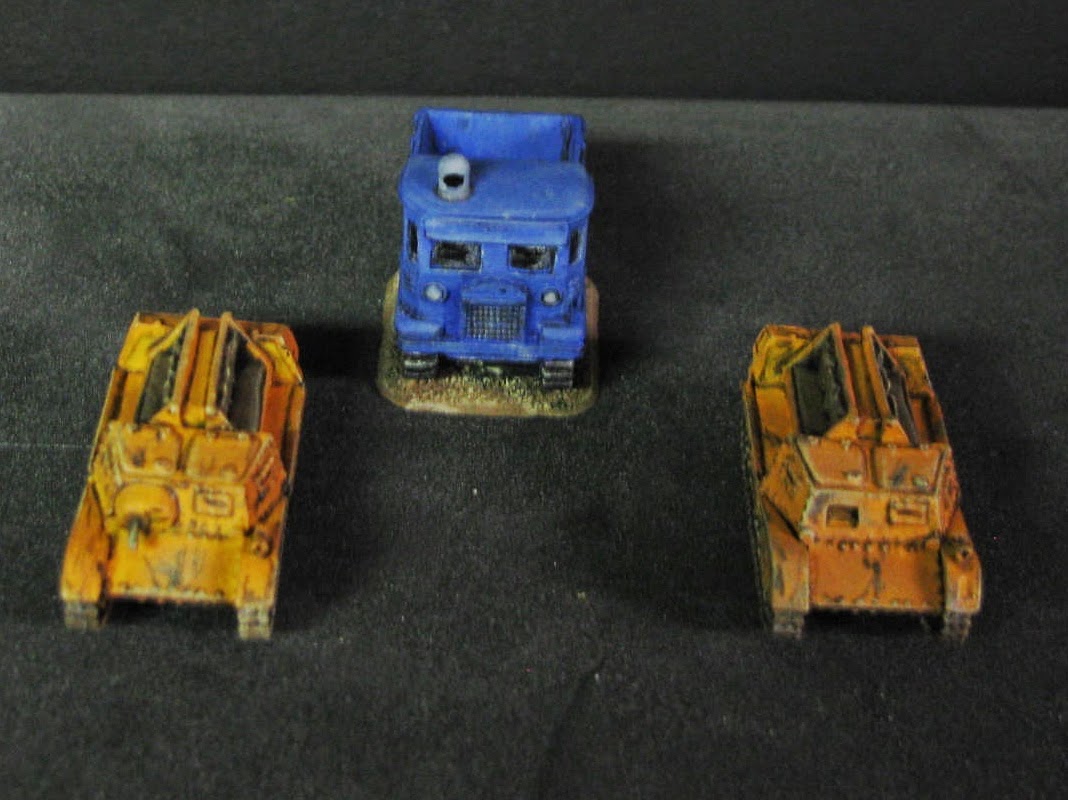 Never travel anywhere without your FLIR sensor mast...addition of a sensor scope to the top of a Stalinets tractor... 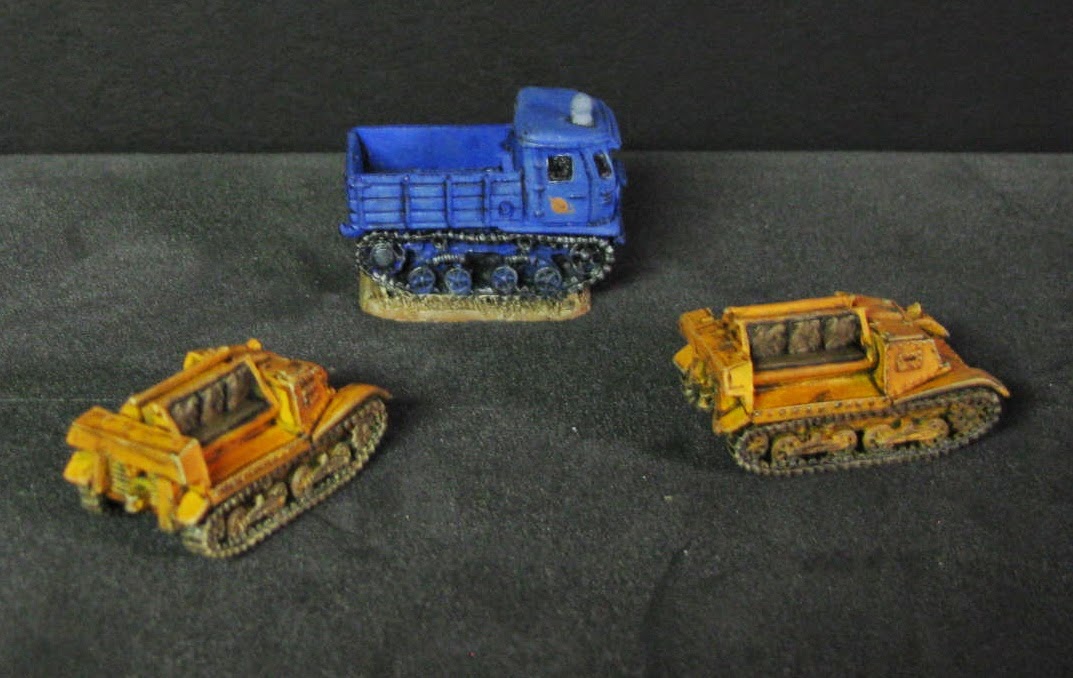 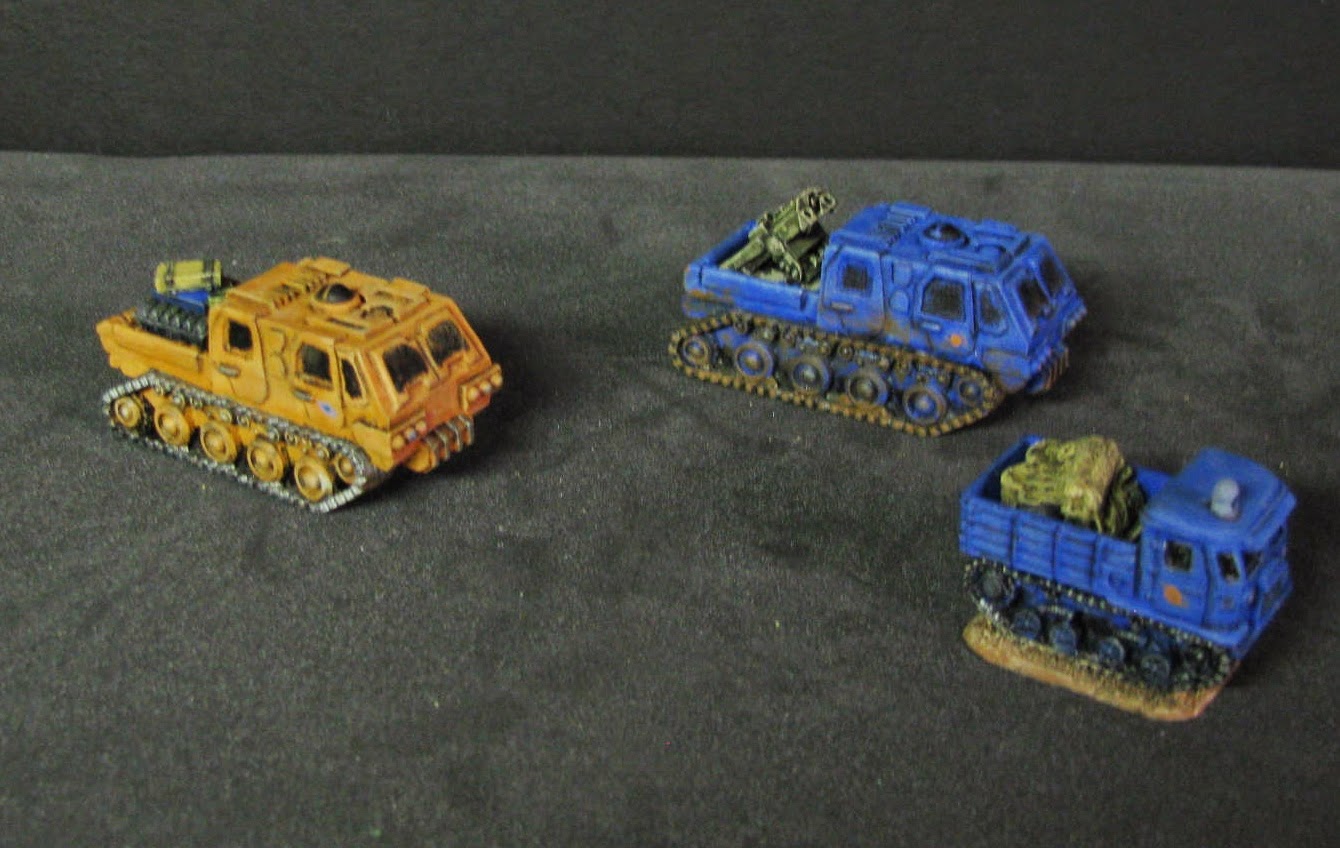 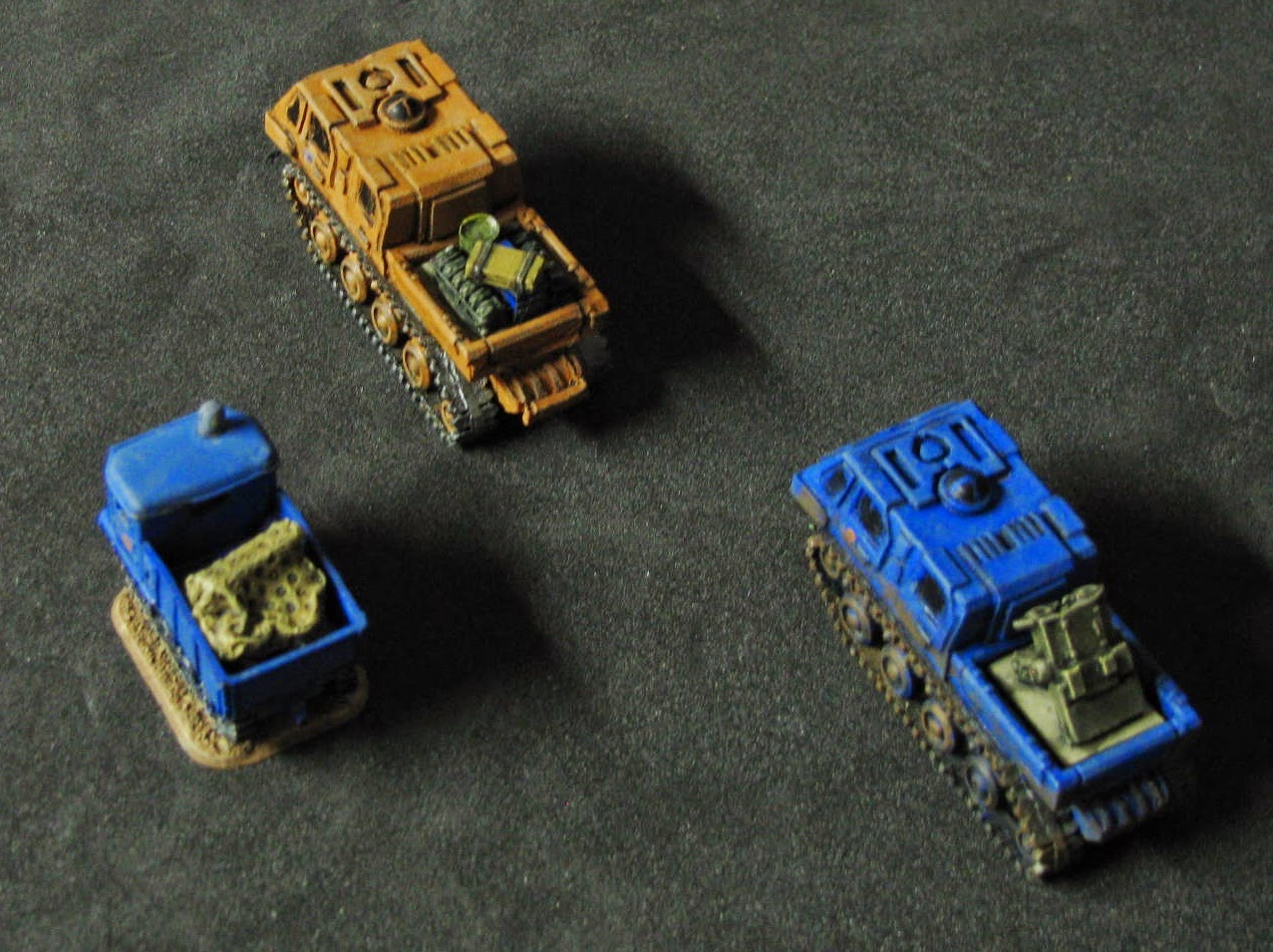 When you need random cargo to fight for...look no further than a hodgepodge of bits from QRF, Battlefront, and God knows where...﻿ 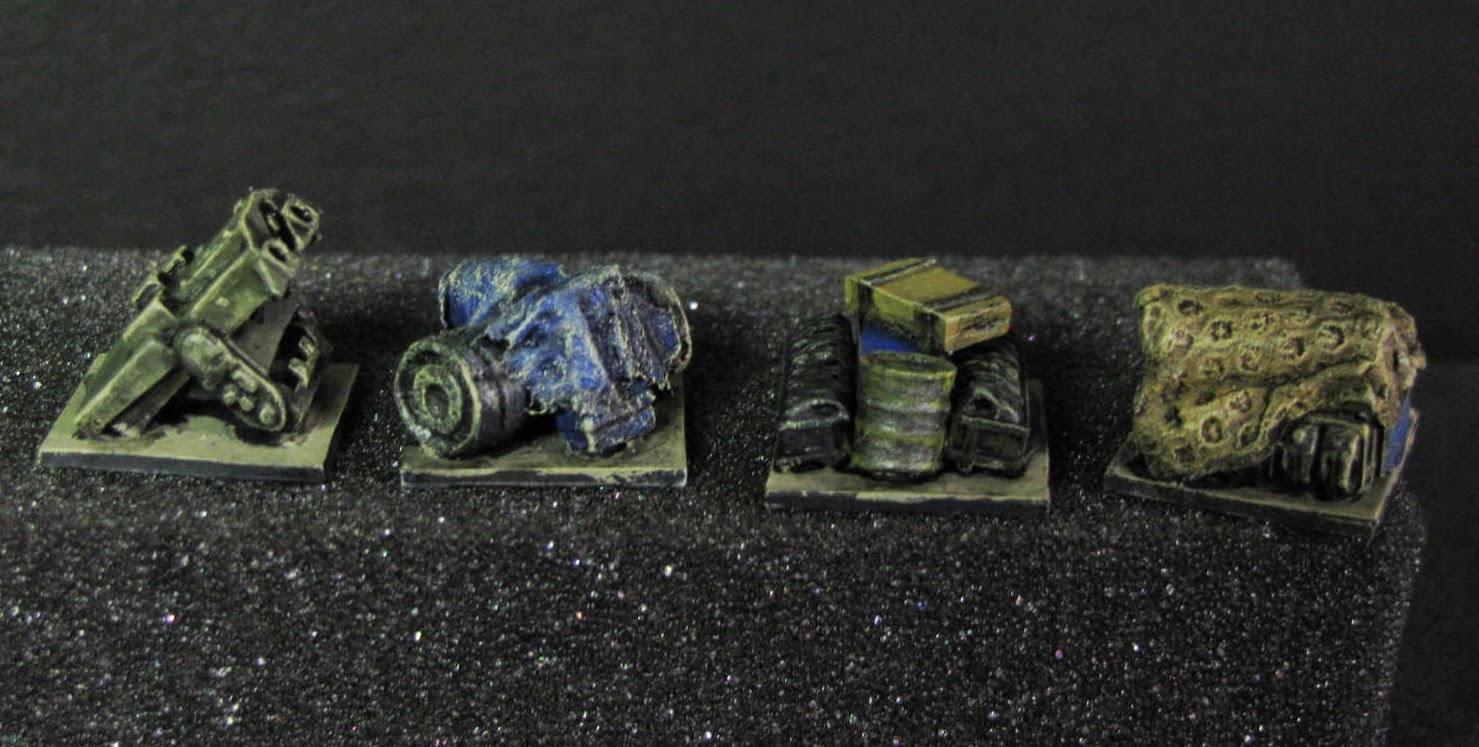 A mix of Peter Pig markers from the AK-47 line, good for many recent and past conflicts as arms or supply cache...worth fighting for or sweeping for... 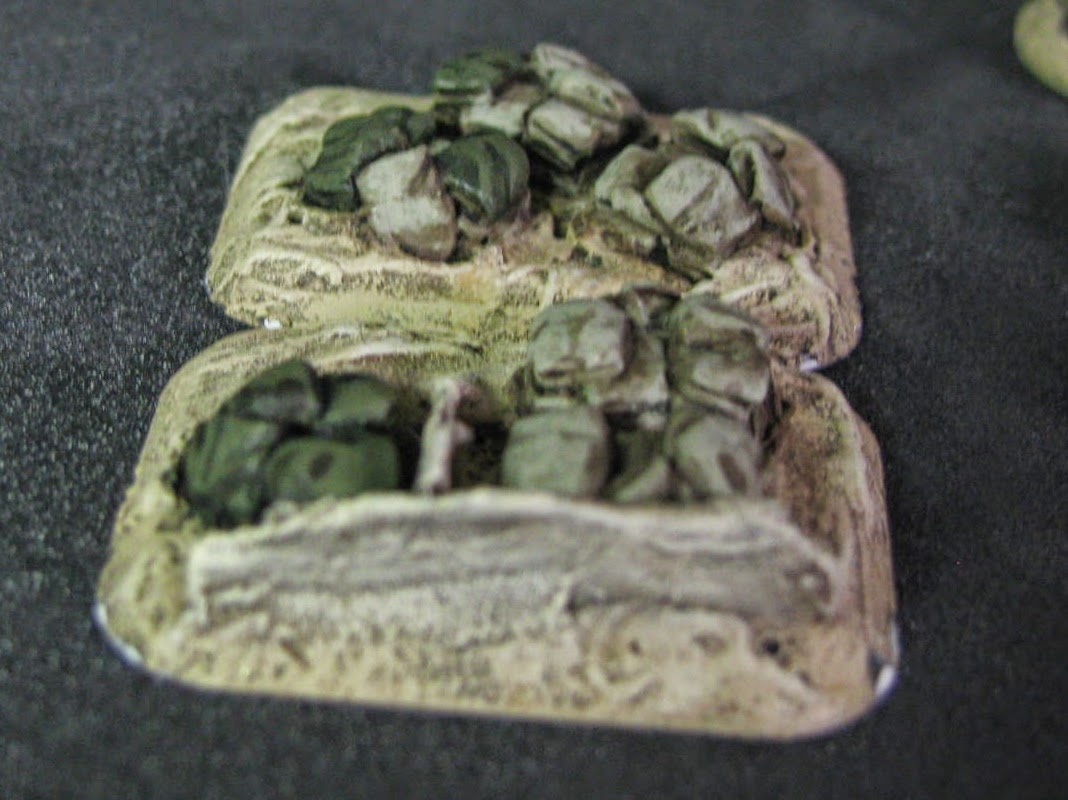 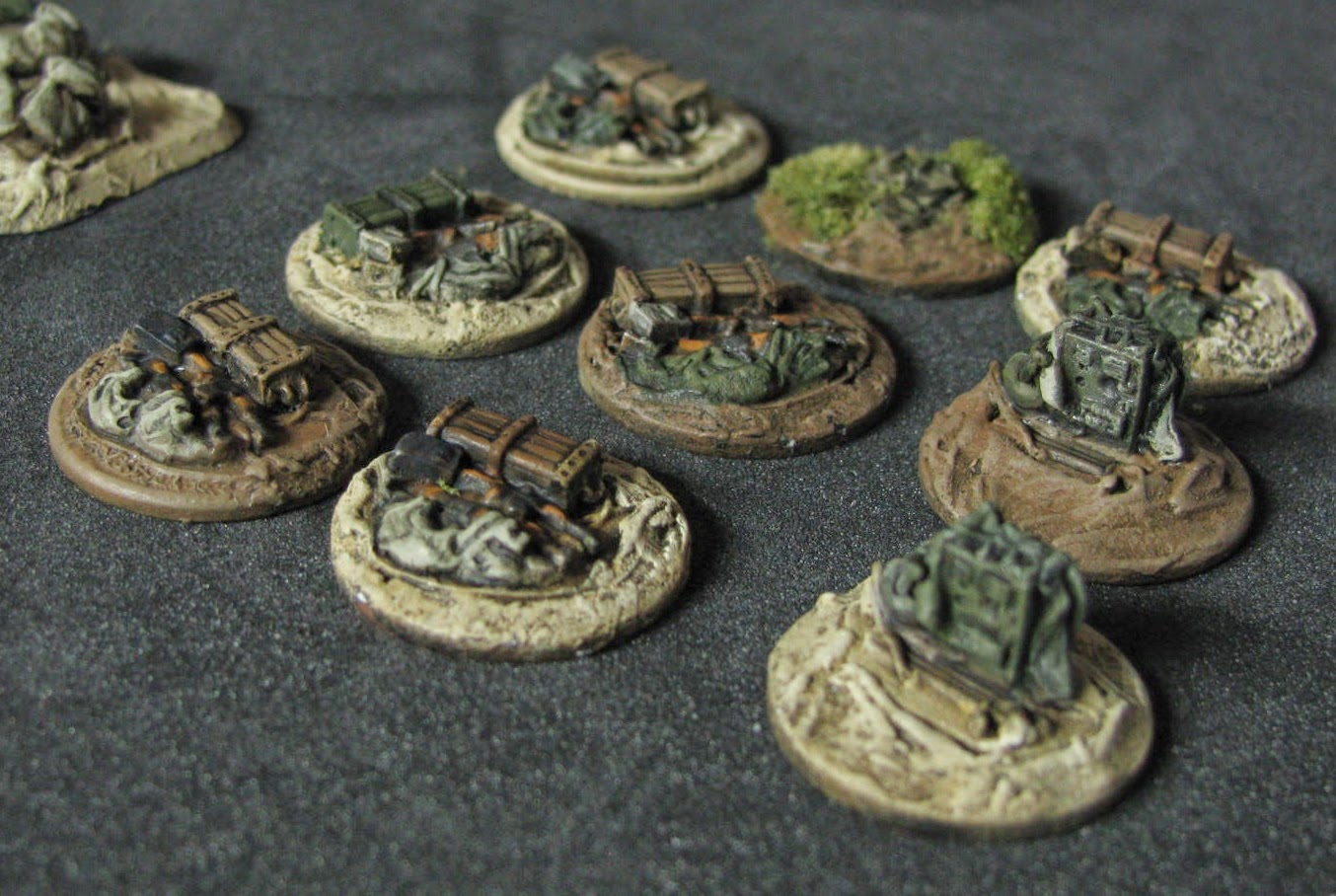 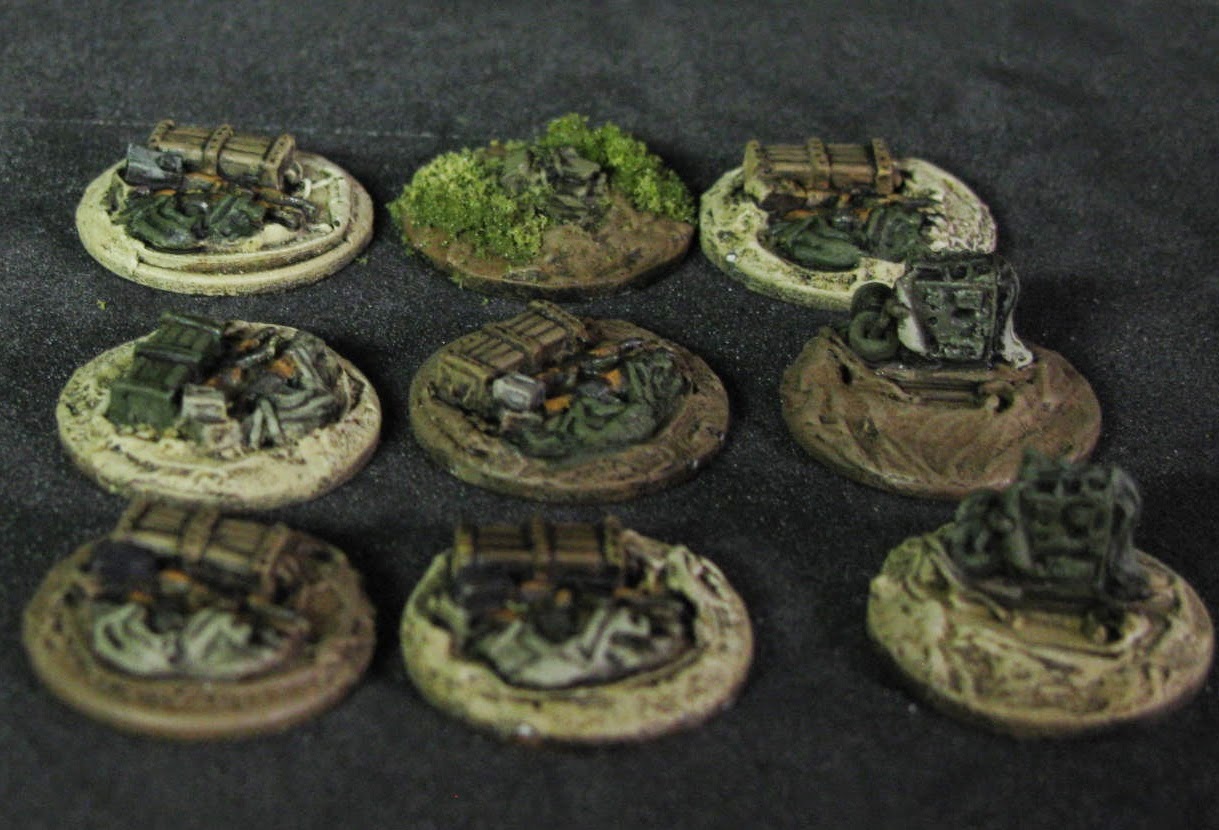 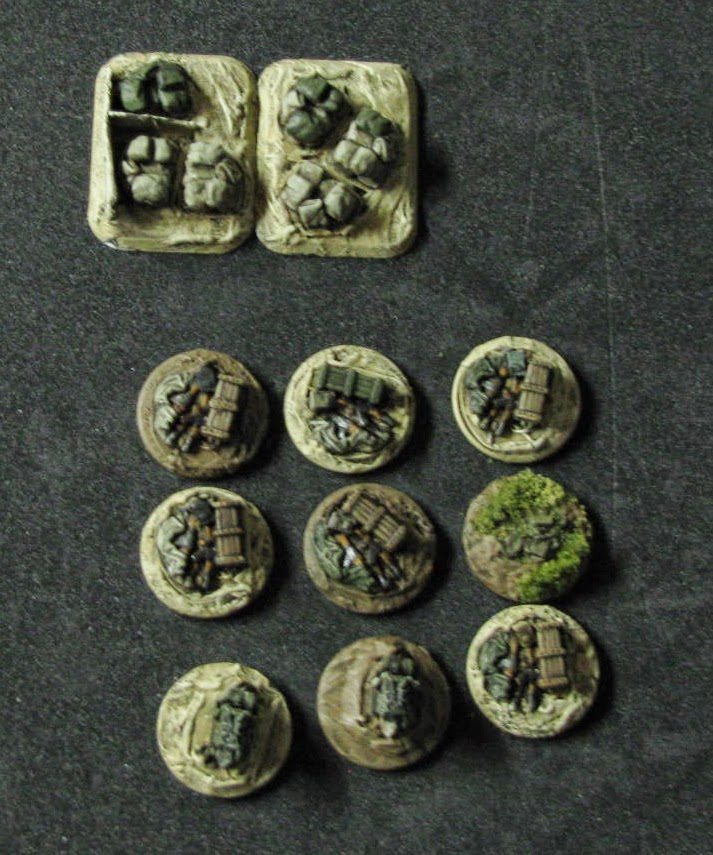 A more current look at technical riding about in a battlezone...Peter Pig Toyota trucks with a ZPU-1﻿ 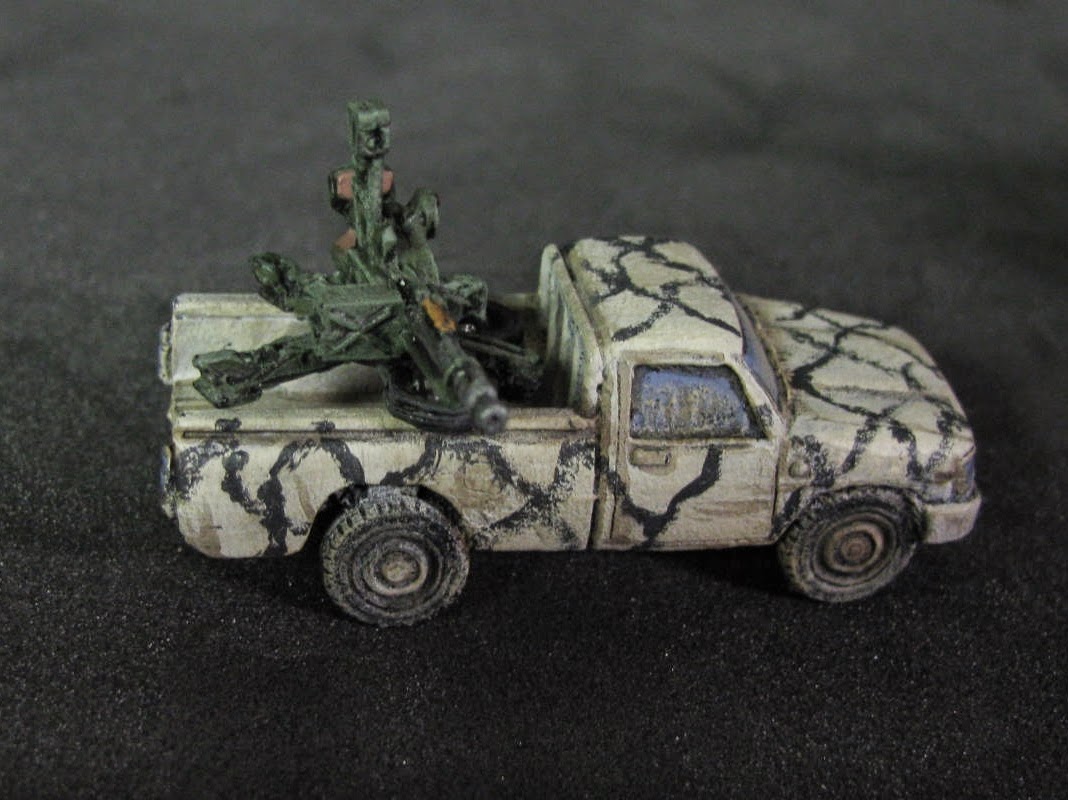