I'm definitely on the Team Yankee bandwagon...given the era I grew up in, the family history, personal history...any excuse will do.  However, although Team Yankee was always US centric...makes sense, very heavy boots on the ground presence, I have nonetheless elected to try to build my NATO around the Canadian combat brigade that was in Lahr during the timeframe of TY.

The main elements of the 4th Canadian Mechanized Brigade Group comprised the Royal Canadian Dragoons (RCD's with Leopard C1 tanks), the infantry of the Royal Canadian Regiment (RCR's, until mid 1980's) or the Princess Patricia's Canadian Light Infantry (PPCLI from mid 1980's onwards) or the Royal Vingt-Deuxieme Regiment (Van Doo's or R22eR)...in support there was the 4th Service Battalion, 4th Combat Engineer Regiment, 1st Royal Canadian Horse Artillery (M109's and air defence detachments)...I apologize as I know I'm missing some details, but this is the main bits off the top of the noggin.

4CMBG comprised of a 'flexible' organization that could be roled and re-roled as a infantry or tank heavy combat group with supporting elements.  So to start this grouping, I decided to paint up the Bannon CP objective in the scheme and markings of a CP from 4CMBG...to get to this point, I made use of an excellent reference site, The Armoured Acorn.

Anywho, hope you enjoy the pics...I've also included some diy update pics of another M577 that I plan on doing up as vehicle 1A modeled after this great pic I found via google: 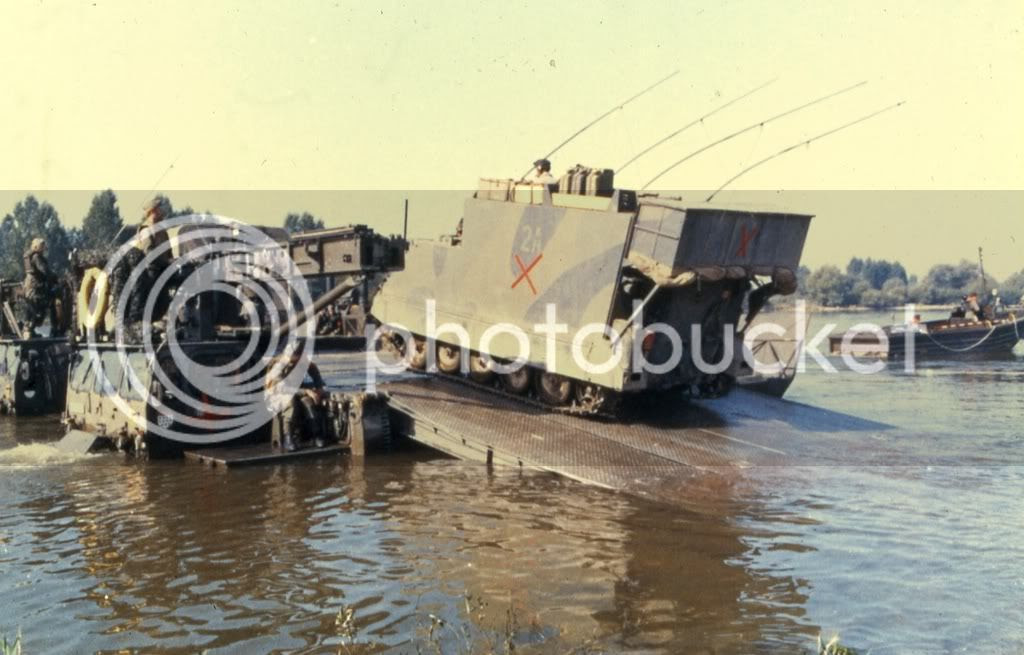 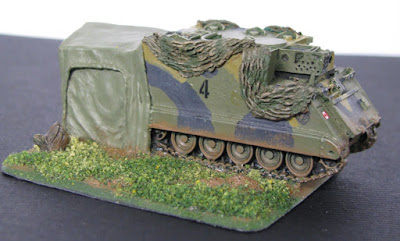 ala 4CMBG...in this case, the callsign 4 can be either the 4th company/troop/battery from a regiment or the 4th regiment of the Brigade Group... 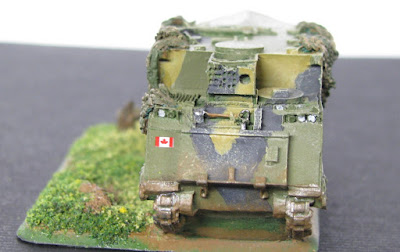 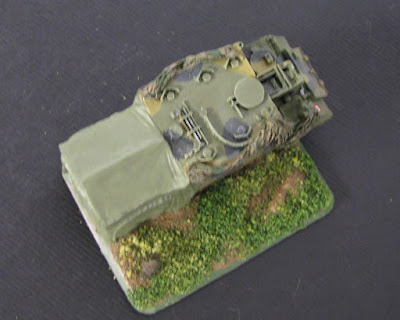 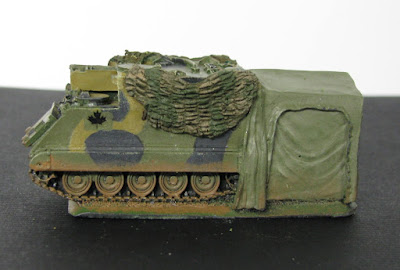 And now, DIY additions to the Battlefront M577 blister pack: 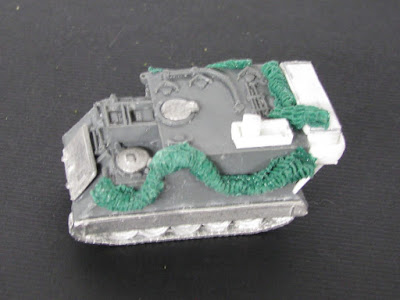 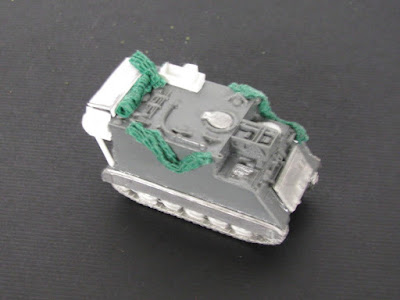 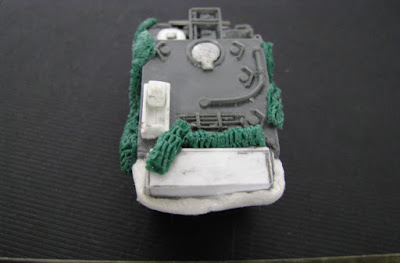 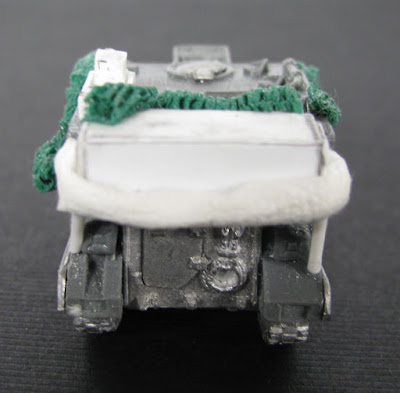 Great work! That is excellent.

Now I'm going to look like a copy cat when I get mine done. Great work.

What paint/colours did you use use for the camouflage scheme?

Hello Greg...this scheme was VJ 924 Russian uniform (for the green); VJ 995 German Grey (for the 'black'); can't remember the number, but VJ Green Brown. I have since refined the colours choosing a mix, however if you weren't OCD these base colours work. I will try to post a how-to shortly as I'm almost finished 12 M113s to date.