Taking advantage of some picture and internet time...I thought I'd toss up a few more pics of my progress with my Flames of War Soviet force.  Be it as a Penal Battalion or Rifle Battalion, each of these formations needs solid Corps level support to charge into the German guns.

To support the final 'couple of hundred yards' towards the objective, I have a 5 gun Assault Gun Company for support.  The best thing about these guys is their ability to mass fire or fire for effect (the exact rule name escapes me tonight) which allows them to reroll failed to hit rolls if they did not move in the previous turn.

Basically drive like stink to get to within gun range, sit tight and hang in their...survive a round of fire...and then you get to unleash round after round until whatever is in front of you is pulverized and gone...for about 150 pts...not to bad!!

Again, these are models that I had purchased some time ago, slapped some initial paint on them and then put them aside when the club moved beyond the Eastern Front...so with our recent retackle of Bagration, these guns have come up from the minors and gone to work.  I played in turn 1 of the campaign with a Rifle Battalion with tank and Assault Gun support...I was happy with how this unit fared...I wasn't nearly aggressive enough, but it was also my first go as a Soviet player...

Anyhow, here are the pics...let me know if there are comments, advice, or questions. 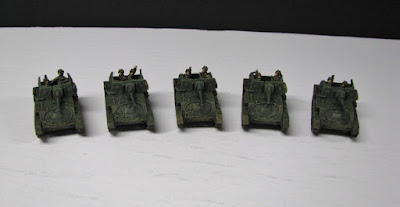 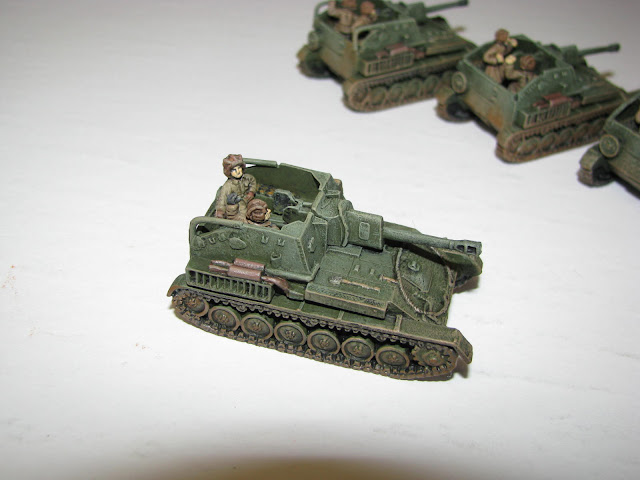 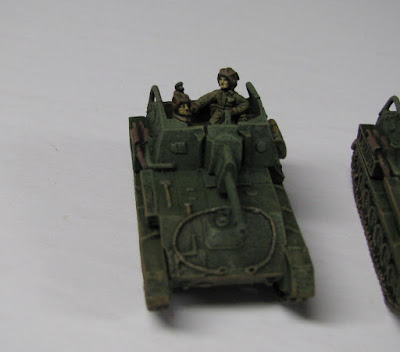 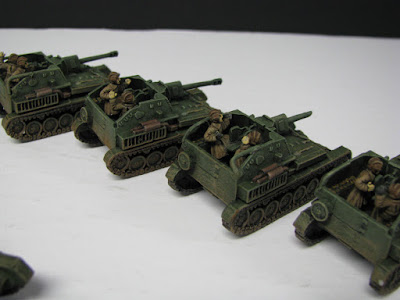 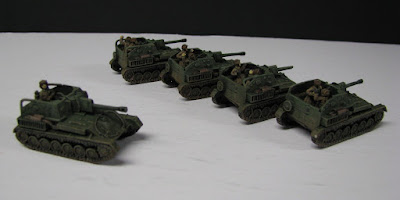 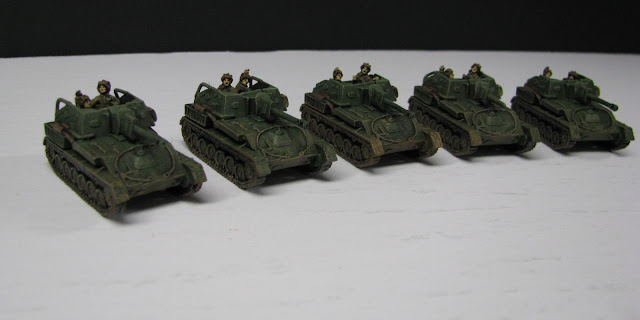