I hope all is well with you and yours...we are winding into the mid-point of summer and hopefully we're all getting rested and relaxed.  I was able to push through with some more progress and purchasing of more great looking Star Wars Legion figures.

From the core box, I have finished off 2 x sections of stormtroopers, 2 x sections of rebel troops, 2 x speeder bikes...from expansions I have worked through 1 x rebel troopers, the Emperor, the Fett man, Han Solo, and 1 speeder.  All in all, I have really enjoyed these models...I like the molds, the dynamic poses, etc...and to offer some balance, I have had some issues with how the arms fit into some of the figures, but overall this is a pretty small stressor.

So, with that in mind, I have continued to purchase various expansions as they come up and have pushed through with the painting over the past couple of months. 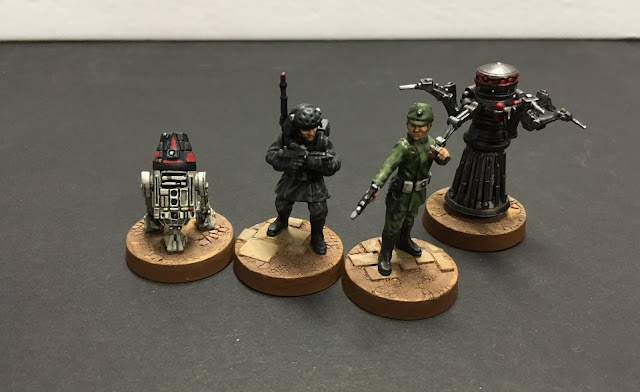 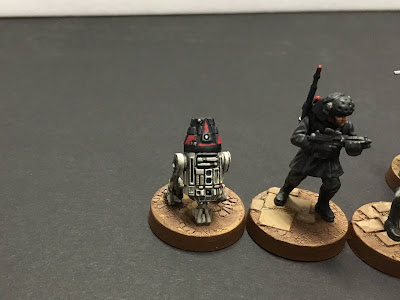 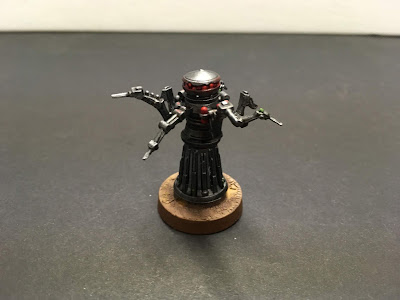 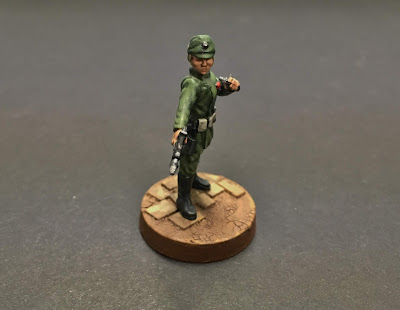 This figure was pretty straight forward...solid body with only the 2 arms to attach...I base coated with the left arm unattached so that I could properly paint up the chest and rank badge.  I chose to go with Vallejo olive green, partly because I wanted a variance in the uniforms because I do have a hard time with painting the same schemes all the time...and because I wanted to have a figure in a brighter shade of green that what I normally use. 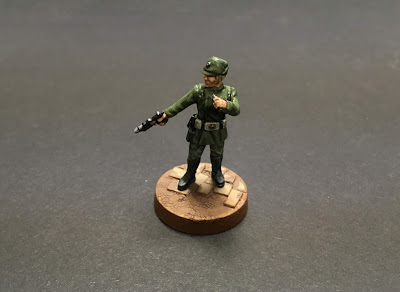 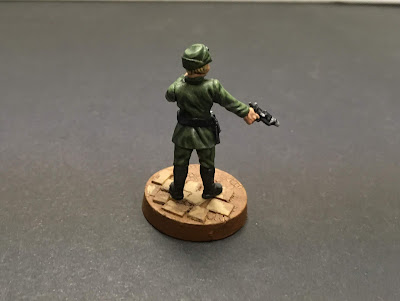 I really liked the results and I think the highlights popped much more because of the olive green without being ridiculous or cartoony.  Afterall, there are a ton of pics online of screen caps where it is really hard to nail down a consistent colour...
Communication Specialist 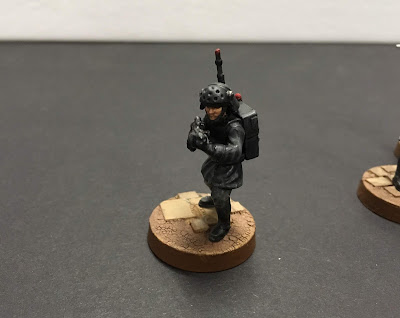 Another fairly straight forward figure...the arms and radiopack where unattached for the most part.  But once I had the front of the figure completed, enough...I attached all and made sure to blend in the arms, etc.  I went with a fairly standard black grey on this figure...again to have a variance, and also to reflect some of the boxart and screencaps from Rogue One. 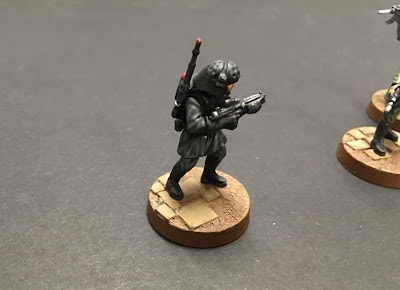 As these aren't "iconic" figures or commanders from the Star Wars 'verse, I wanted to show some difference between the 'standard' characters and these specialists.  I therefore changed up the basing style for these figures...just a subtle difference, but a difference nonetheless. 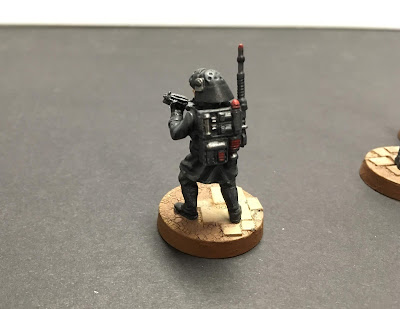 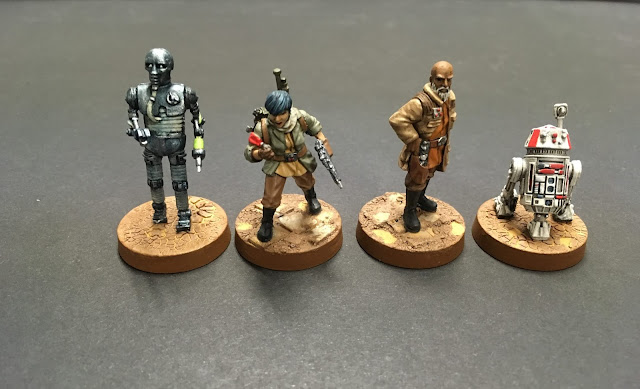 The droids...traditional astromech and medical droid... 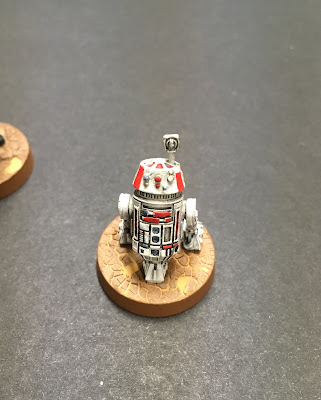 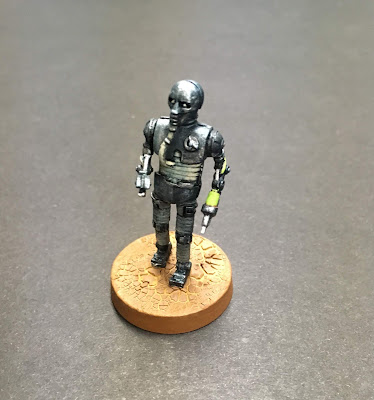 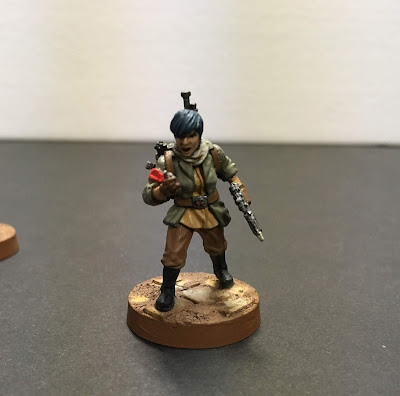 a lot of the painted characters so far reflect the boxart very closely...because I wanted to meld this figure in with my Tatooine Wolverines, I had to make some adjustments to the uniform colours to keep a nice flow between the figures. 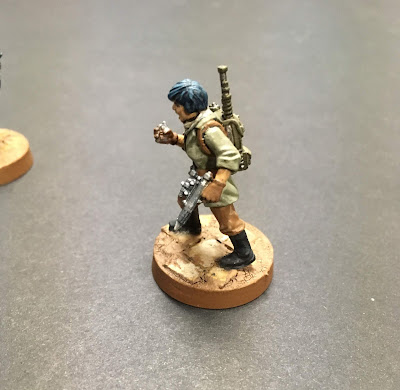 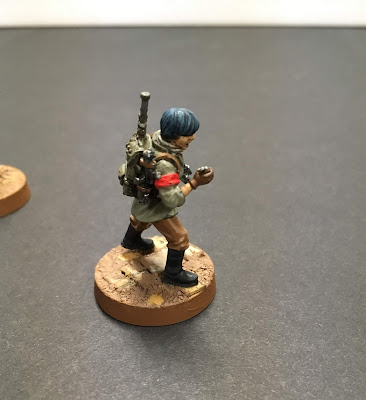 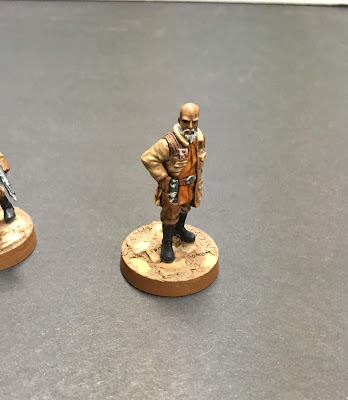 A very traditional looking figure that could sub into any Star Wars battlespace...I kept the uniform very consistent with screencaps and boxart.  Another great figure to paint up. 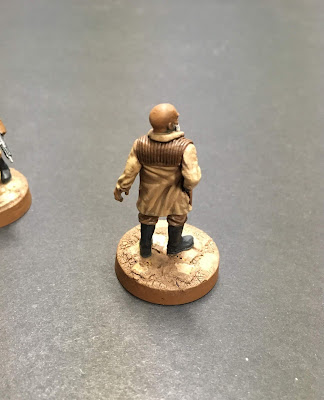 Rogue One expansions...
Jyn Erso was a pleasure to paint up, but definitely was a little finicky on the assembly portion.  The main headache came from her scarf which is in 2 parts that connect just behind her head. 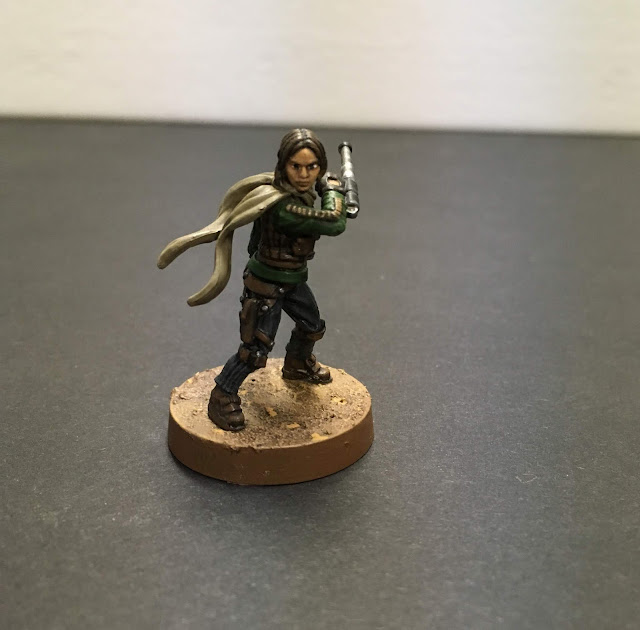 Assembly aside, this figure was really great to paint up...as the boxart and painted figs on FFG's website have the model painted much brighter, I hit the net for some looks from the move.  Needless to say, there are a lot of excellent references online from the movie and if you like concept art books or behind the scenes books, the Rogue One Ultimate Visual Guide is an outstanding reference. 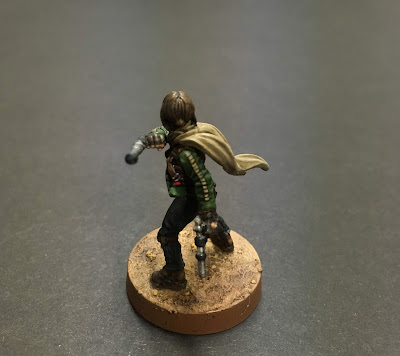 I made some subtle changes to my basing style for this figure...my intent was to keep close to my Tat Militia figures, but have enough of a difference that I could also reflect some of the Rogue One setting...my compromise was a cross between Tat and Jedda. 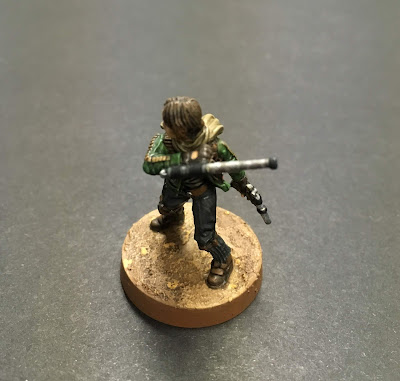 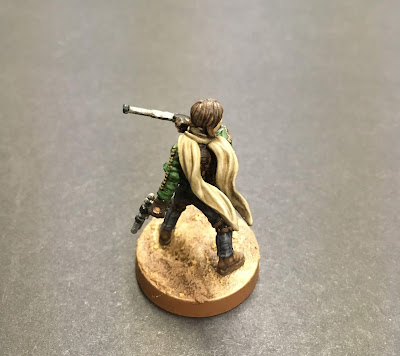 In the end, I wanted a good balance between the darkness of the wardrobe in the movie and the brightness from the FFG site...I'm very happy with how it turned out.
Director Krennic was such a great character in the movie and I must say the figure was just as great to paint-up.  While its another shot of white, painting up his cape and tunic were definitely NOT in the same vein of pain as whitewashing stormtoopers.  The best part was adding in the contrast and showing the highlights. 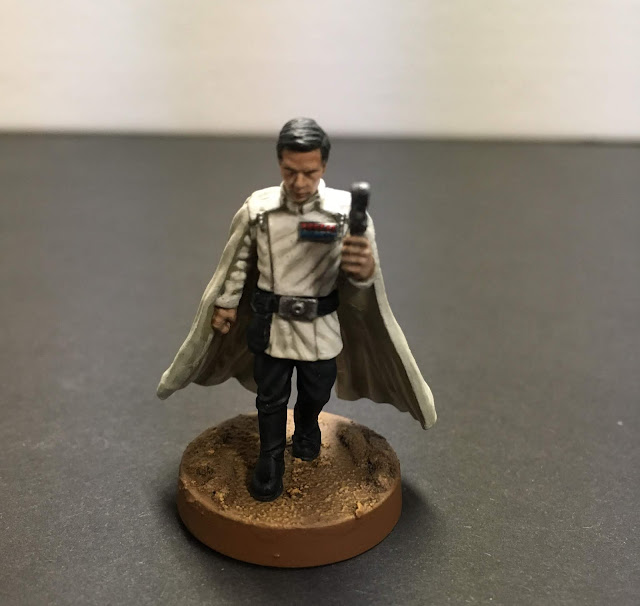 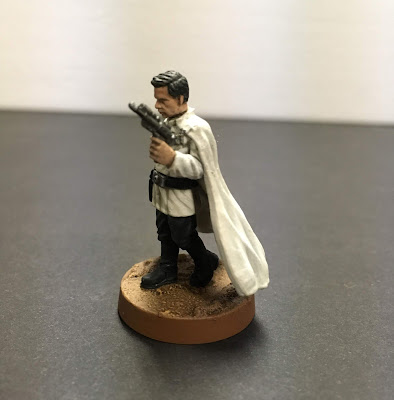 The highlights for this cape were a good mix of challenge and fun when the finished product came to life... 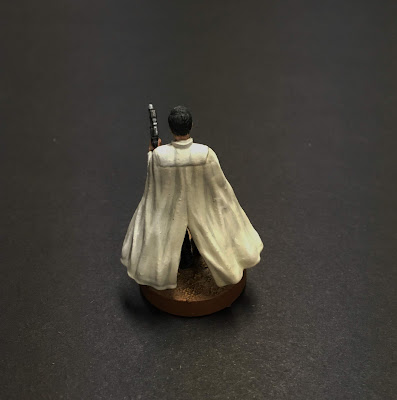 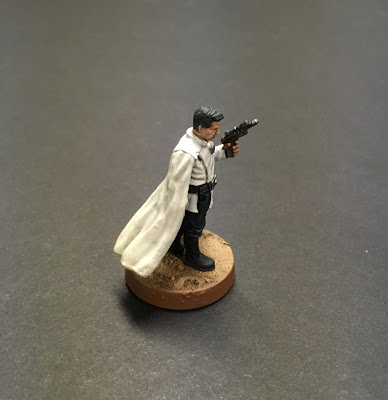 Those look really good. I especially like the metal on the droids

Thanks Duncan...they were alot of fun to paint up