Thought I'd post up some pictures from our SAGA tournament that Mike ran down at the club a couple of weekends ago.  This was my second go at the ruleset and my first unveiling of my Crusader warband.  As with my initial taster of SAGA, thanks to Mike, I thoroughly enjoyed this taste as well...3 games later I certainly felt a little more comfortable with the rules and I think I was finally starting to get the hang of the Crusader battle board.

If I could offer any advice for budding SAGA warlords...if you can, take some time beforehand to look through your board and see what the perks are.  By my 3rd game, I was mixing battleboard perks with special rules from my Warrior Priest that gave me mounds (figuratively) of dice to attack and defend with...ascalon and what not...very cool.

After the day's gaming my warband stood at 1 loss and 2 wins...pretty happy with that result, after all only my second foray into actually getting dice downrange.  My original intent leading up to the tournie was to get 'battrep' type pics...I ended up just trying to get good quality shots without the blurs and shakes that highlighted the little dudes in action.

BTW...my buddies Mike and Duncan beat me to the post, so if you're interested, here are their perspectives:

Suicide charge of camels against hearthguard with Warlord just behind them.  Eventually my Warlord would move back down the ridge and later gloriously charge towards Duncan's Warlord in 1 on 1 combat...and take a big camel hoof to the forehead. 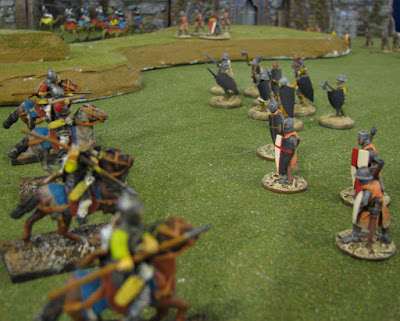 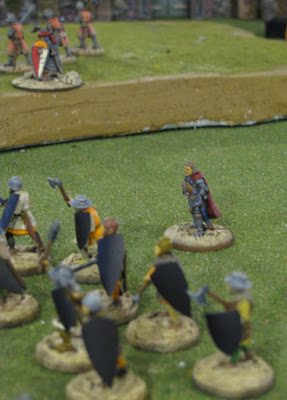 Warrior Priest in the background leading the footmen forward (they have since been 100% finished)...
Game 2...my Crusaders vs. Viking warband 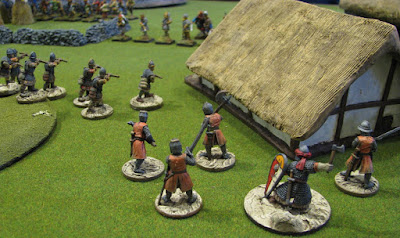 Warlord...keeping a relatively safer distance from the fight with his hearthguard armed with heavy weapons...at this point they could push either left or right depending on the need. 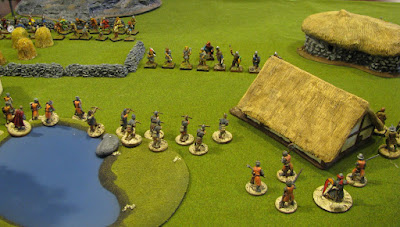 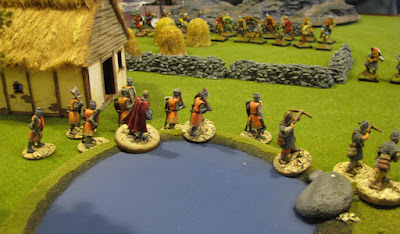 left flank where most of the action was. 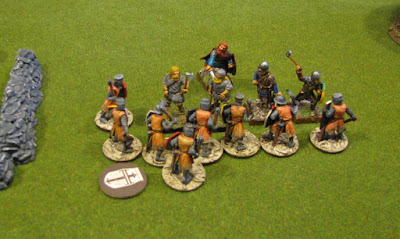 Hearthguard on hearthguard violence...my crossbowmen had reduced the Viking hearth by half and then I moved into melee contact 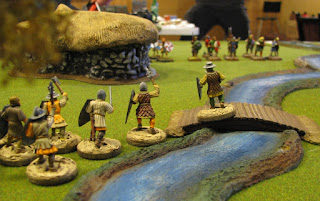 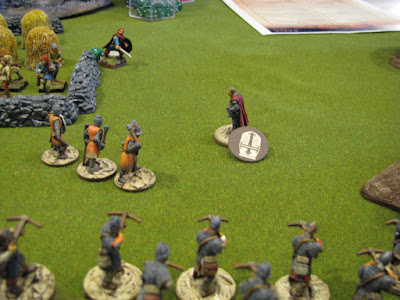 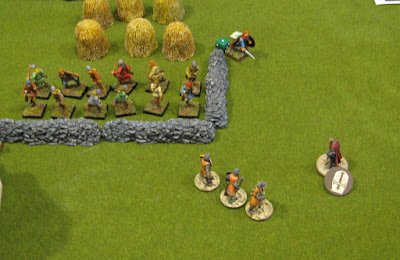 the remnants of the hearth on hearth contact...my Warrior Priest moved up to fight the Viking Warlord...didn't kill but pushed him back.  This game timed out, but I pulled out a win for the bodycount.
Game 3...versus Teutonic badasses on horses...luckily I was on the defense in buildings due to scenario setup...in the end, 6 turns later, I had successfully defended the hamlet for the win. 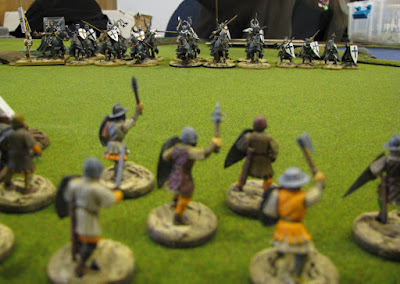 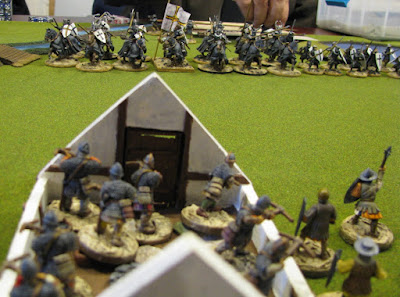 Crusaders...the good ones...in place to repel the titanic Teutonic t#&ts...thank you Blazing Saddles and Mel Brooks for that line... 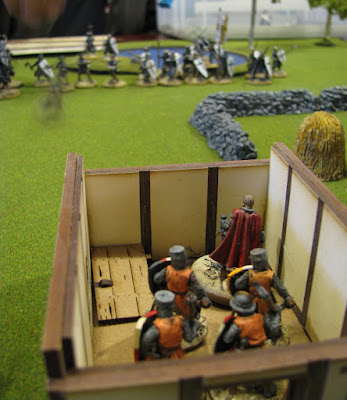 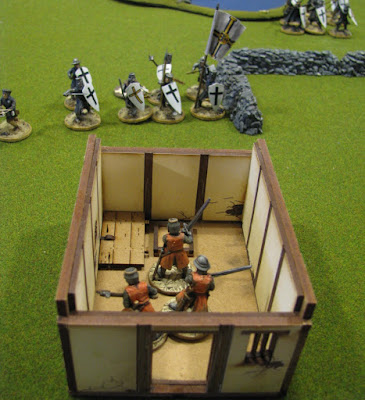 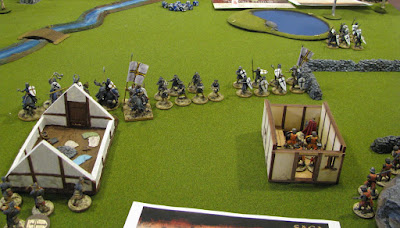 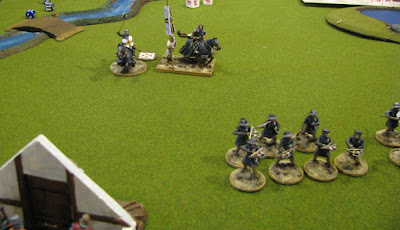 Repelling attackers one wave at a time... 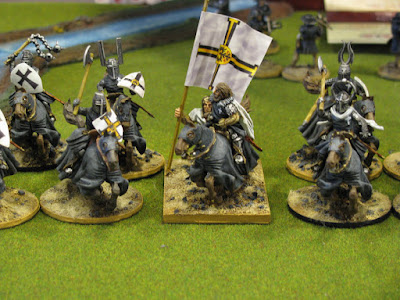 Great looking opponents...these Teutons were painted by Mike and were available as a loaner army.

Nice, very nice looking game, and you're right, these Teutons are awesome!

Thanks Phil...the tournie was a blast. Mike did a great job, his knights are a great looking warband.

Knowing your battleboard is key -- I only won the first game by luck because you were nearly as confused as I was!

Ya I agree you usually need a few games to figure things out. The Crusaders are one of the factions that has the most options also so that doesn't make it super easy. I will probably try and organize a Saga day at my place before Christmas or something FYI.

It was a fun game...I think we need a rematch!

A SAGA day would be great...

I am around most weekends if you want a rematch (and I really need a reason to tidy up my gaming table!!)